• Will be the third meeting this spring between the two clubs; each has won one.

When Los Angeles Force came to Finley Stadium on April 13, it was Chattanooga FC winning on its home field 4-1. Two months later on June 9, it was LA’s turn to host and it was LA’s night. Christian Chaney scored both goals in the last 20 minutes in a 2-0 win for the LA Force. The third meeting between the clubs will be on a neutral site in Detroit with a spot in the NISA league championship on the line.

“I expect the Los Angeles Force team we played (in June) rather than the team that we played (in April),” said CFC Head Coach Peter Fuller.

“They’re very different. Made lots of changes. I expect they’ll be a real handful.”

Fuller went on to say, “One thing I was really impressed with when we were out there is they worked really hard for each other.”

Chattanooga FC advanced to the league semifinal by making it to the final in the Legends Cup tournament hosted in Chattanooga earlier this spring. Los Angeles Force advanced to the semifinal based on its standings for the spring regular season. Detroit City FC advanced straight to the final by winning the fall regular season. Detroit will play the winner of Chattanooga FC and Los Angeles Force on July 3 in Detroit. 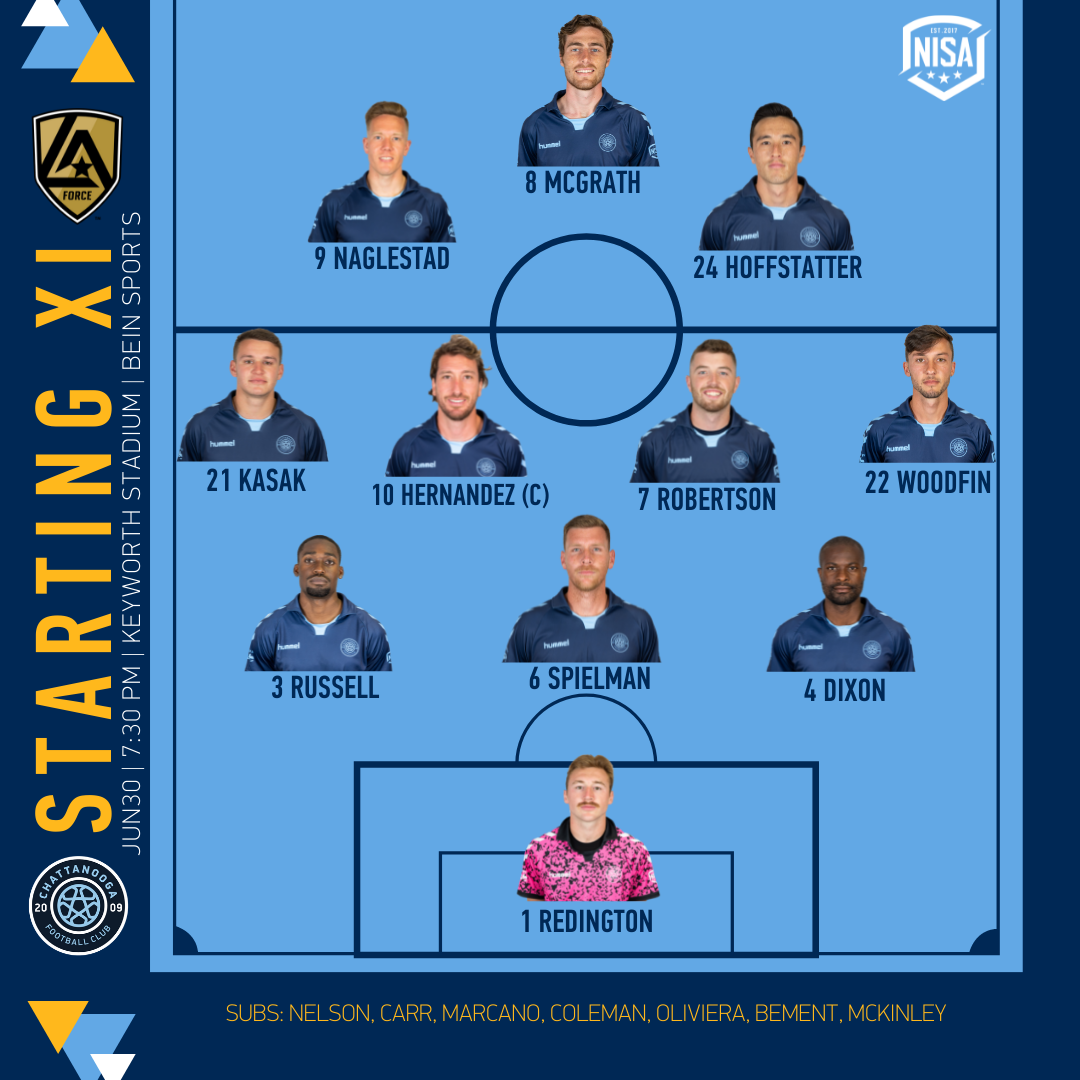