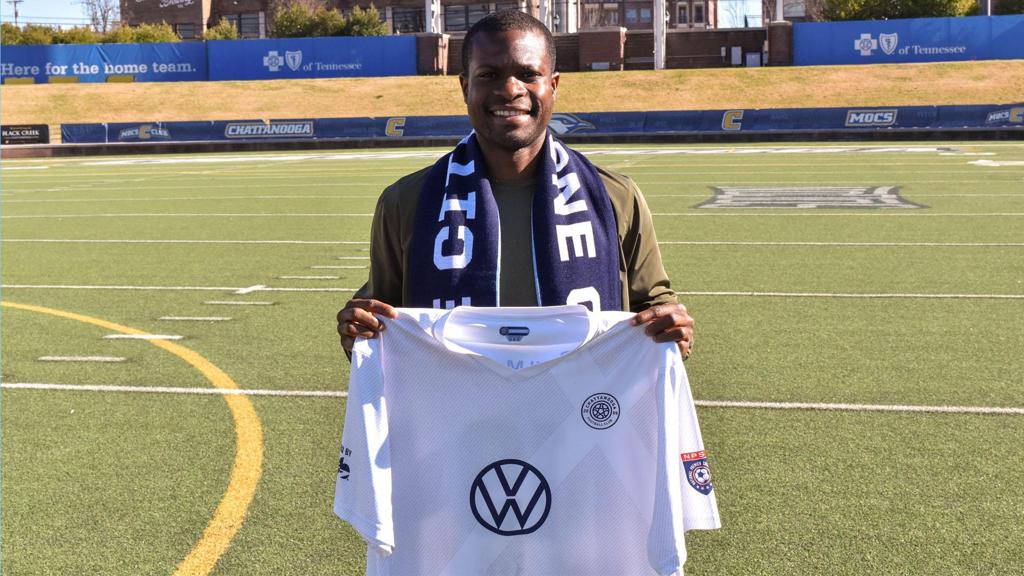 Chattanooga Football Club are thrilled to announce the signing of Jamaican defender Richard Dixon as the first professional player in Chattanooga FC history, and the first signing for the 2020 season. The 29 year old brings experience to a team looking to make a statement in their first season in the National Independent Soccer Association.

“It was an easy decision with Coach Fuller, Bill, and Jeremy involved. They’re guys that I’ve worked with before and know me as a player and a person” said Dixon. “I’m willing to put it all on the line for them. We love Chattanooga, and when the opportunity came about, the decision was easy.”

Dixon spent his college career with Bill Elliott at the University of West Florida, where he played all four seasons with the Argonauts. In 2015, Richard signed with the expansion Saint Louis FC, where he played under then General Manager Jeremy Alumbaugh, who now serves as Managing Director for Chattanooga FC. After two seasons in St. Louis, Dixon spent two years with Oklahoma City Energy in the USL Championship where he appeared in 49 matches. So what kind of player can fans expect to see out of Dixon this spring?

“First off, he’s a great person. I’ve known Richard since his college days at West Florida, and there’s not only a lot of soccer experience that he’ll bring to the table for us, but there’s a lot of human experience that he brings in that will be a great asset to us in the locker room” said Peter Fuller, Head Coach, Chattanooga FC. “He’s the type who will be the first on the field and the last off the field at the end of the day. He’ll be a great example for the rest of the team. We couldn’t be happier to have him, he’ll be a great addition.”

Dixon plays primarily on the right side of the field, either as a right back or at times in the midfield. Additional announcements are expected over the next few weeks, after the open tryouts this past weekend, and the invitational tryouts scheduled for January 11th and 12th.

Worldwide, soccer builds community, shapes culture, develops talent and unites diverse peoples. For over ten years, Chattanooga Football Club has helped the same to happen in Chattanooga, creating true opportunity for all players and a great experience for all fans. The club has become known worldwide for its extremely successful supporter ownership campaign, which yielded over $800,000 raised from 3,254 people from all fifty states and over 30 countries. In 2020, the club will continue to honor these tenets and its promise to our community by entering into the National Independent Soccer Association (NISA).

The National Independent Soccer Association is a provisional professional league member of U.S. Soccer, with full membership to be voted upon at U.S. Soccer’s next AGM. The League is committed to bringing high level, competitive professional soccer with meaningful games throughout the country. For more information about NISA visitwww.nisasoccer.com or contact at info@nisasoccer.com. Follow NISA on Twitter @NISALeague and on Instagram @nisasoccer

Confirmed: Beer will continue to be sold at Finley Stadium for CFC games this year. 🍻 #WorldCup https://t.co/s5eOPxwvEX

Just 7 months ago Thiago Almada was chasing @official_dam28 in Kennesaw. Now he gets the @FIFAWorldCup call-up for… https://t.co/RdvtVY4QfI

We feel you. The biggest, baddest, bestest crowds show up here. https://t.co/1XIQ6hdi6l