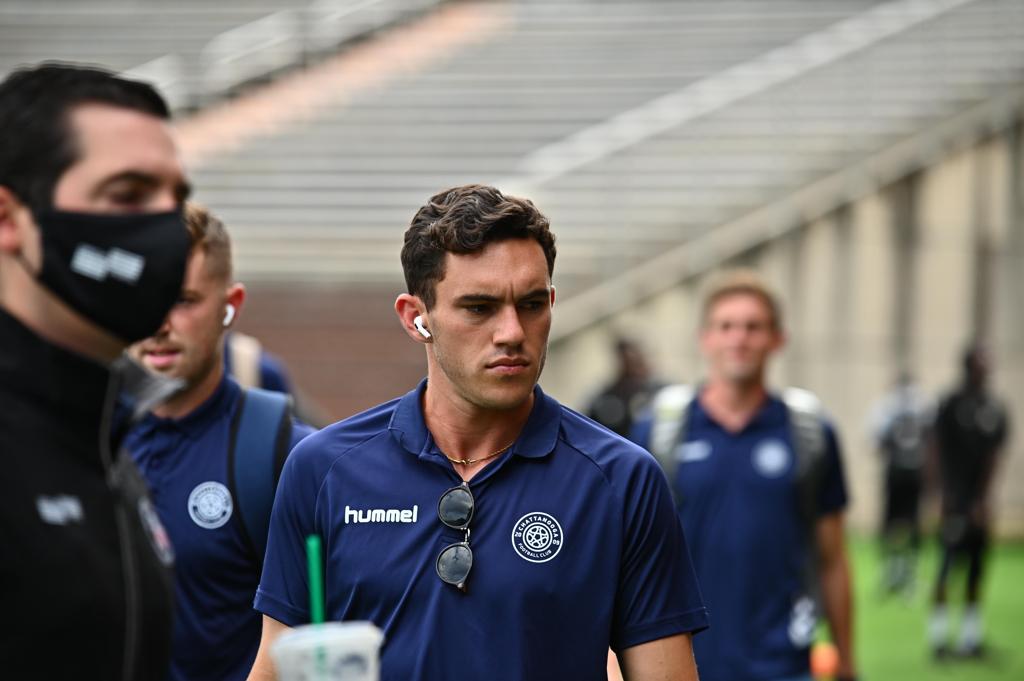 For Brian Bement, Chattanooga FC’s road trip to play the Chicago House and Michigan Stars is something of a trip back home. The forward from Waterloo IL. has been a fixture in CFC’s game plans, both as a starter and a high-energy substitute, and should see plenty of action in the upcoming fixtures.

“Growing up, the Chicago Fire was the closest team to home and I went to Loyola Chicago for college.

I’ve got a lot of friends up there and it’s only a four or five hour drive for my family. It’ll be fun and I’m hoping I can get some of my buddies to come out to the game.”

The team spent much of Thursday morning scrimmaging and going through drills. Coach Peter Fuller is installing a new formation, and so the team focused on positioning and staying in shape on defense.

After losing their first two road matches of the season, CFC has started to become better at keeping their home form while away from Finley Stadium. The boys in blue beat San Diego 2-1 on September 25, and then drew at Cal United on October 3.

“It’ll be good to get out on the road, because if you look at the last year or so, we haven’t been good away from Finley,” coach Fuller said. “But we’ve won and drawn our last two road games, so from that end of it, we should feel pretty good about it.”

Defenders like Shaun Russell will have their hands (or feet?) full with the Michigan Stars. They’ll probably chase and jostle forward Leon Maric around the final third, as he is the Stars biggest goal-scoring threat. It should be a physical game regardless of who is playing, as the last matchup in May ended in a postgame scuffle.

“Michigan is a good team and they’ve found a little bit of magic with the boy Maric up front,” coach Fuller said. “They’re well-organized and they’re probably going to feel like they got it stuck to them a little bit here in May.”

Although the Chicago House sit at eighth in the NISA standings, the Bears appear a few years away from contention, and the White Sox just bowed out of the playoffs, Bement believes there is at least one title contender from his home state.

“The Bulls are looking good, and the Bucks might do it again,” Bement said of the upcoming NBA season. “As long as the Lakers don’t win it again, I’ll be happy.”

CFC plays at Michigan on Sunday and in Chicago on Wednesday.