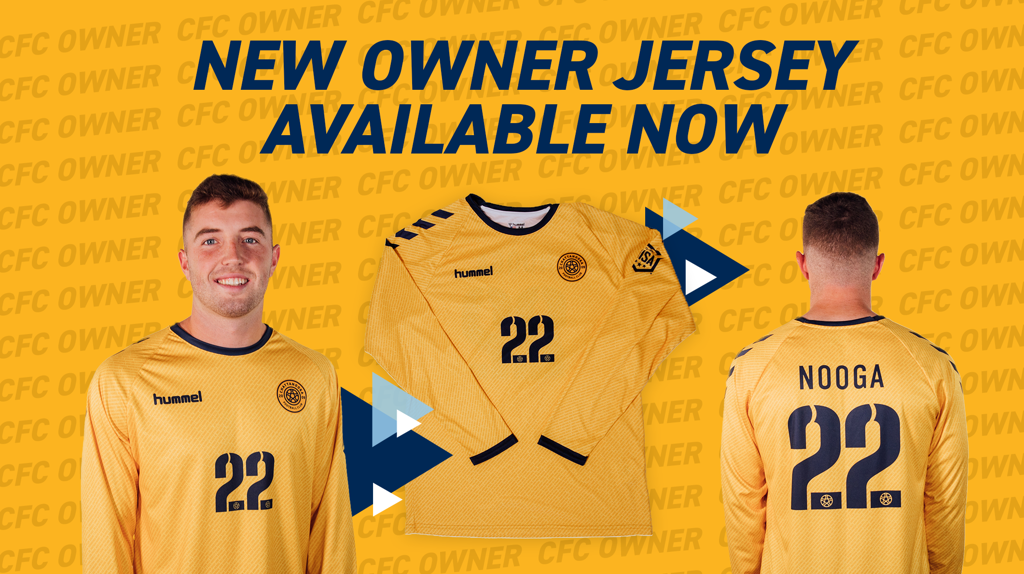 You could hear a few gasps as the players trickled out of the locker room. As more and more players lined up to take the field, the gasps turned to cheers, until scores of Chattanooga FC supporters cheered with delight when they knew what they were seeing: A surprise unveiling of a long-sleeve GOLD Owners edition jersey. Chattanooga FC first released its first special edition owners jersey in 2019 after successfully raising nearly $900,000 with the help of 3,295 owners from around the world.

“We’ve been toying with the idea of doing another owners jersey, and were really inspired by some of the gold concept kits we were playing with for the goalkeepers next season” said Paul Rustand, Chairman of the Board for Chattanooga FC and Chief of Brand. “Gold is a key element in our owners merchandise, and has some special significance in club history as well. We’re thrilled that over 3,200 people from around the world supported us in our ownership campaign, and this is just another small way to show them how much we appreciate them.

In 2016 Chattanooga FC’s team wore gold primary kits, and they tied the 2015 team with the most wins ever in a season, 17. Just as with the 2019 owners jersey, this long-sleeve kit will bear the names of the 3,295 supporter owners who hold a piece of Chattanooga’s Football Club. It’s the first time outfield players have ever worn long sleeve jerseys, a move that is both fashionable and functional.

“This season is the first in which we’ve played well into November,” said Jeremy Alumbaugh, Managing Director, Chattanooga FC. “We’re playing from early in the spring to late in the fall. A long sleeve kit simply makes sense. Unveiling them today in the way we did is a special tribute to the supporters who have come out relentlessly every match. They get a first look at the uniforms and the first chance to buy one in the Merch booth today. Besides, the gold jerseys for CFC have a bit of history to them I’ve been told!”

If you weren’t able to see them at the game tonight, you can check out and buy the latest Owners jersey HERE.