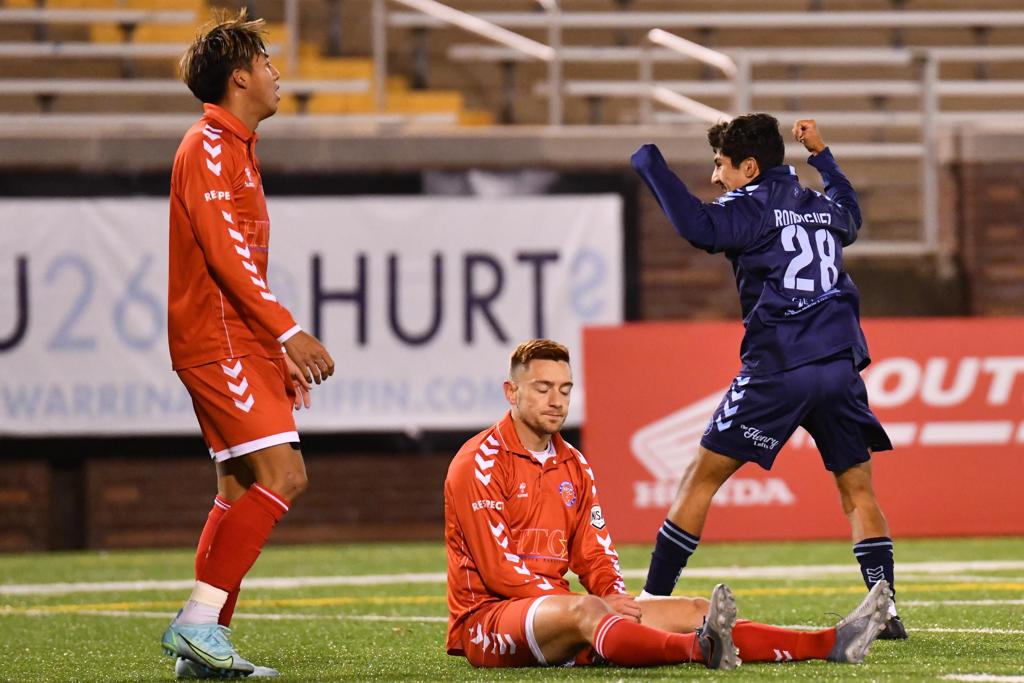 It was all smiles across Finley Stadium Saturday night, but none bigger than the one decorating Damian Rodriguez’s 18 year old face. In the 29th minute, the Dalton, GA native tapped a pass from forward Markus Naglestad on the right side, pushed left and sent a low flying shot past the Michigan Stars keeper and into the lower left corner of the net. It was the first score of the game, and all the boys in blue would need to secure a 1-0 victory over the away side, and a great win for the 2,793 fans who came out to see the last home match of the 2021 campaign.

“It feels amazing scoring my first goal with the team. It was a special night for me because my parents and uncles were out in the stands watching me play” said Damian Rodriguez, midfielder, Chattanooga FC.

Rodriguez’s night stood out for many reasons. Damian is the first player in Chattanooga FC Academy history to have scored a goal for the first team, and a testament to both the involvement of the Chattanooga FC Academy as well as the partnerships the club has developed over the last few years, specifically the partnership the club has with North Georgia Soccer Academy. You never forget your first, and for the veterans sharing the pitch with Damian, it was exciting to see him reach this milestone in his career.

“It was great to see him score his first goal!” said Markus Naglestad, Forward, Chattanooga FC. “He assisted me last home game so I owed him one. He’s a very talented young guy that is a joy to play with. I’m glad he got his first goal at home and I believe there are many more to come from him in the future.”

Of course, soccer is a team sport, and much credit for the victory goes to the players on the pitch who secured the victory. Goalkeeper Alec Redington and defenders Kaio DaSilva, Nick Spielman, and Shaun Russell all made key plays to secure the shutout and earn another clean sheet. The first team has one match remaining in 2021, away vs Stumptown AC in North Carolina. A win (with some help) could vault the club to fourth place for the season.

“It’s our last game so we want to end the season on a high note” Naglestad continued. “Three points gives us the chance to climb another spot or two on the table so that will be our objective for the weekend.”

The best way to support Chattanooga’s Football Club is to purchase Annual Passes for 2022. There are options for every price point, and opportunities to support both the Men’s and Women’s first team in 2022. For more information and to purchase tickets, visit CFCTIX.com