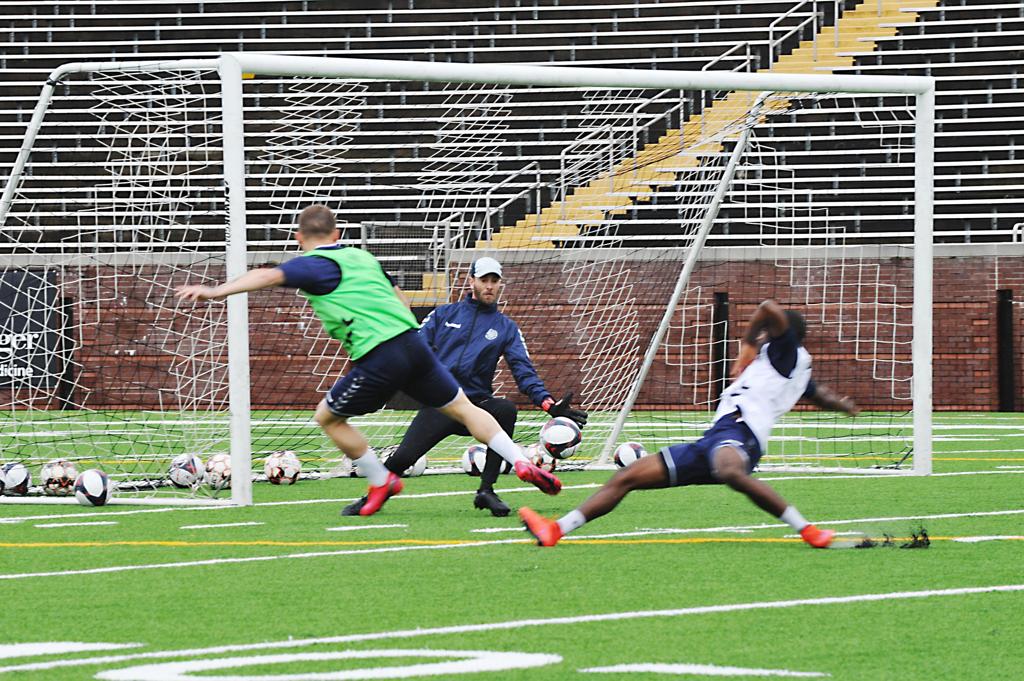 Chattanooga Football Club is once again giving any player their shot at joining the Boys in Blue for the 2022 season. The club's long-standing tradition of offering a shot at the first team for anyone in the community resumes with open tryouts on Sunday, January 16. The open tryout is full.

“One of the reasons I wanted to be part of Chattanooga FC is that it is a true community club," said Rod Underwood, Sporting Director & Head Coach.

Nearly half of the prospective players come from Tennessee and Georgia -- with 14 from the Chattanooga and North Georgia area. Some have history with Chattanooga FC Academy.

“Chattanooga FC has a strong tradition of openness so I'm excited to see players inside our community as well as those who come from outside. Every year this club has identified talent from the open tryout process. It would not surprise me if future CFC players will be part of this one as well."

In addition to the local talent this tryout will feature athletes from 21 states. At least 15 of them already have professional soccer experience.

The top four players from the Open Tryout will earn the opportunity to return for the OPSM Pro Combine here in Chattanooga on January 21-23 free of charge. That combine will feature scouts from not only Chattanooga FC but from other professional clubs as well.

“This is one of my favorite parts of Chattanooga FC, said Jeremy Alumbaugh, Managing Director.

"It goes back to the roots of the club back in 2009 where that first team was built from scratch through the open tryouts process. Fast-forward to last year when we signed several players from the open tryouts to a pro contract. Some of those first-year pros ended up becoming regular pieces of the starting lineup."

Players who missed the opportunity to join the Open Tryout may still register for the OPSM Pro Combine, while spots remain.