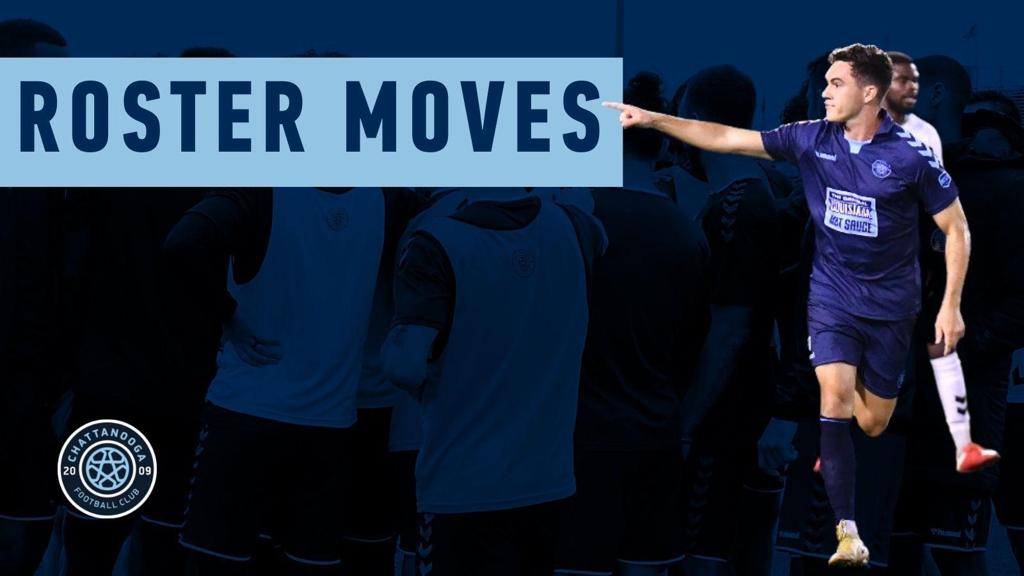 The Chattanooga Football Club today announced a group of seven players as the first returnees to the club for the 2022 season.

This announcement ensures a trend of roster continuity as the club enters its third professional season.

The returning list of players is highlighted by veterans Juan Hernandez and Richard Dixon. Hernandez, midfielder and captain, will enter his eighth year with the club and played in his 100th Chattanooga FC match during the 2021 campaign. Dixon, a defender and vice-captain, enters his fourth year and recently reached the milestone of 150 professional matches.

Goalkeeper Alec Redington returns for his third season in Chattanooga. Redington and the defense finished the 2021 Fall season with four shutouts in the final six games.

NISA All-League First Team Defender Nick Spielman also returns for the 2022 campaign. Spielman started every match in the back line in the 2021 season. This will be the fourth season for Spielman with the club.

Damian Rodriquez, from CFC partner North Georgia Soccer Academy in Dalton, has signed his first professional contract and will return in 2022.

Shaun Russell and Alec McKinley had their contracts expire at the end of the 2021 season and are currently free agents.

Angel Hurtado and Ricardo Bahena completed their Academy contracts at the end of the 2021 season.

Sean Hoffstatter and James Kasak have decided to retire from professional soccer.

Chattanooga Football Club remains in discussions with several players from the 2021 season and will have additional updates in the coming weeks as the 2022 roster begins to take shape.

The club will hold its annual Open Tryouts on January 16 followed by the OPSM Pro Combine in Chattanooga January 21-23. Registration for both are open now.