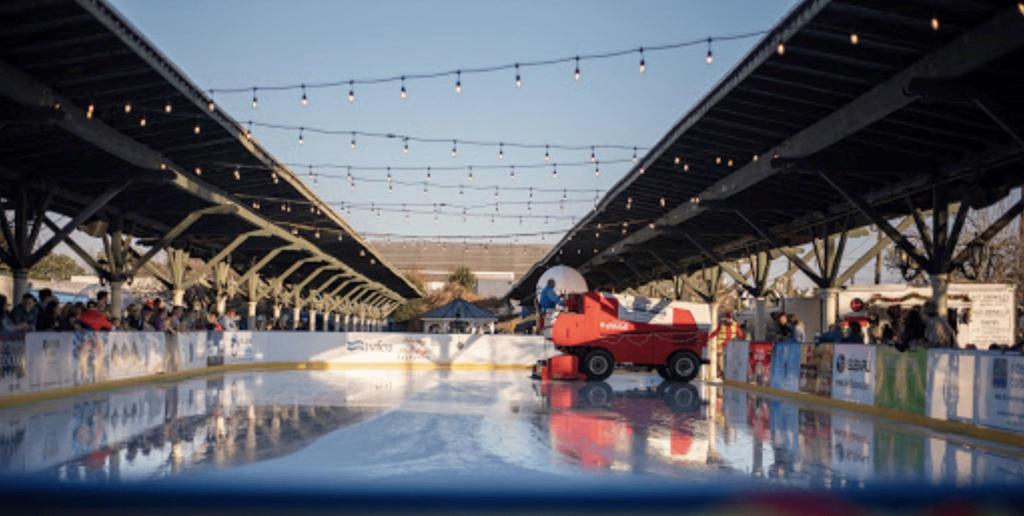 Staff members from Chattanooga Football Club will compete in the 2022 Chattanooga Skillet Curling Championship this weekend. The event begins at 10 a.m. on Saturday, Jan. 29 and Sunday, Jan. 30.

“We love any chance to get our team together and support the community," said CFC Managing Director Jeremy Alumbaugh. "With the Winter Olympics starting next month, our front office staff is ready to try their hands at a new sport. They've been training like it's the real Olympics. We'll see how we do."

Beer and Chili will be on sale all weekend with all proceeds going to the benefit of the Chattanooga Area Food Bank. Beer will be served at the ice all weekend courtesy of Naked River Brewing and local Chili cooking legends, Los Guapos, will be serving their world class chili all day Sunday.

Come out and enjoy the fun at the 4th annual event held at Ice on the Landing at the Chattanooga Choo Choo. This is a FREE event open to the public.

The full schedule and other information is available at www.iceonthelanding.com.

In each match, bocce-like rules are used. Two teams play against each other per match. A “bacon”, or target, is placed by sliding it across the ice to start the game. Each team then takes turns in alternating sliding skillets with the goal of positioning their skillets closest to the “bacon”. Distance is determined by comparing the closest points of the skillets to the closest point of the “bacon”. A total of eight skillets, four from each team, will be played before the round ends. A point is scored by the team for each skillet that is closest to the bacon. The team with the most points after eight rounds is the winner.

So proud of this team. They played great today. Thank you to the @chattahooligan for their support. Today and every… https://t.co/BafvzDJgKF

RT @CFC_Women: Win, draw or loss thank you all for your support! We truly are #BetterTogether https://t.co/ZuViqinAIw