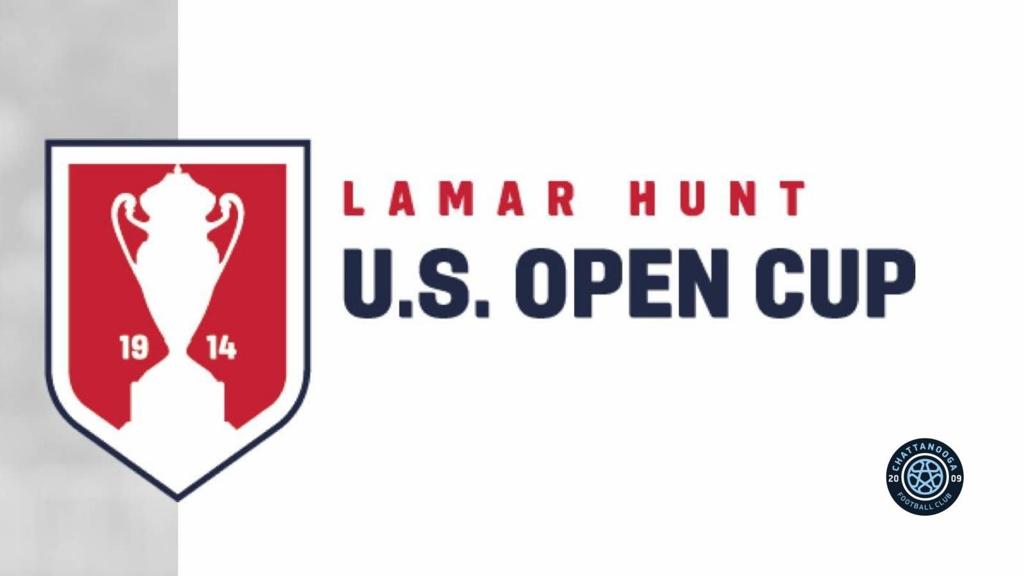 Chattanooga Football Club has been selected to host its second round match of the Lamar Hunt U.S. Open Hunt, the oldest ongoing national soccer competition in the United States. The tournament has been on hiatus for two years due to the pandemic.

"This is a unique tournament that blends amateur and professional clubs into the same tournament," says Chattanooga FC Managing Director Jeremy Alumbaugh. "Our club has a rich history of success in the Open Cup as an amateur side. We are excited to continue the tradition now as a professional club."

Chattanooga FC will enter the 107th edition of the Cup in the second round against Memphis 901 FC, which part of the USL Championship. The game will take place at Finley Stadium in Chattanooga the first week of April. The exact date and time will be announced soon by U.S. Soccer. Round 1 matches begin March 22-23 and CFC would have a bye.

Chattanooga FC was invited to participate in the US Open Cup seven times in its first nine years, all during its days as an amateur club and all during round one. Chattanooga FC was the only NPSL (amateur) club in history to eliminate multiple professional teams. In 2014, CFC defeated the Wilmington Hammerheads (USL Pro, Div. 3) 3-1 in regulation, and then, in a rematch the following year, they eliminated the Hammerheads in penalty kicks.

Matches from the Lamar Hunt U.S. Open Cup return to ESPN+ in 2022. The broadcast schedule will be announced at a later date.

Week of Jan. 31 Second Round pairings and possible pairings announced

Heading into its 107th edition, the Lamar Hunt U.S. Open Cup – U.S. Soccer's National Championship – is the only high-profile competition in American team sports where amateur sides can face professionals in meaningful competition. The history-filled tournament, conducted on a single-game, knockout basis and open to all professional and amateur teams affiliated with U.S. Soccer, crowned a champion annually from 1914 until 2019, with a hiatus for the last two years due to the pandemic.

The 2022 U.S. Open Cup winner will earn $300,000 in prize money, a berth in the 2023 Concacaf Champions League and have its name engraved on the Dewar Challenge Trophy – one of the oldest nationally-contested trophies in American team sports – now on permanent display at the National Soccer Hall of Fame in Frisco, Texas. The runner-up will earn $100,000, while the team that advances the furthest from each lower division will take home a $25,000 cash prize.