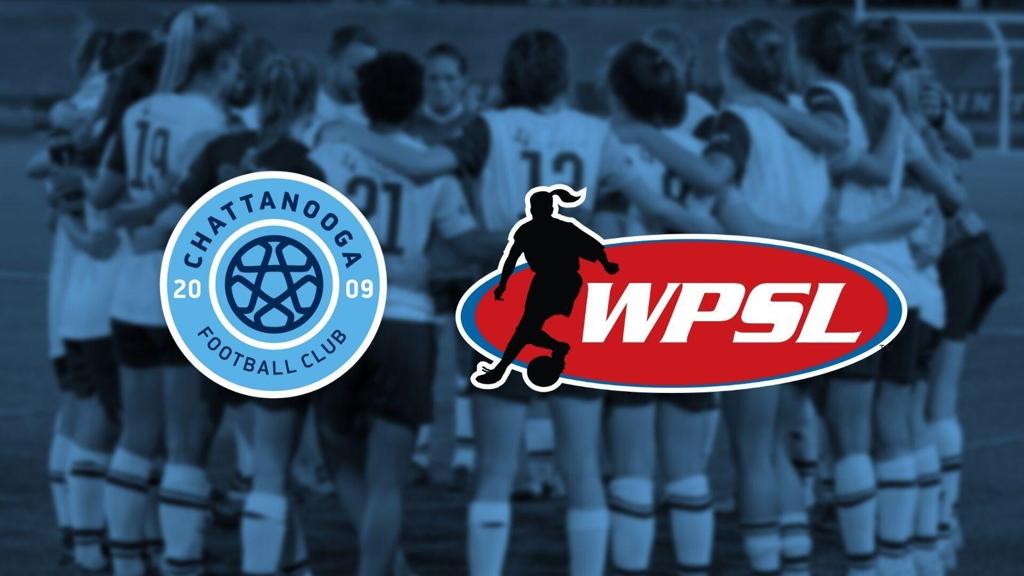 Chattanooga Football Club announced its Women's team will rejoin the Women’s Premier Soccer League for the 2022 season. With the announcement, Chattanooga FC returns to the women’s game after a three-year hiatus that included two pandemic years.

_Open tryouts are projected to occur in late February or early March. The season will begin sometime in May and continues through the summer with playoffs occurring in July. If you are a player interested in more information about the team, let us know bycompleting this form. _

“Chattanooga Football Club is excited to be rejoining the WPSL,” Paul Rustand, Chattanooga Football Club board chair, said. “It [WPSL] is a well-established league with great tradition in the Southeast – and one in which our club already has history. The reputation of well- established and outstanding clubs within the WPSL was also a strong factor in our decision to join the league for the launch of our new era of women’s soccer.”

A large crowd of supporters and local business leaders turned out for the announcement at The Moxy on the southside Monday night.

Chattanooga Football Club was founded in 2009 and established the CFC Women in 2013 to begin play 2014. In its most recent season of 2018, CFC Women went undefeated in the regular season to become the WPSL’s Southeast Conference Champions.

"What a great day for the WPSL," said Sean Jones, WPSL President. "CFC is top to bottom one of the greatest grassroots, community supported club in North American and we are thrilled to bring the women’s side of the club back. Without a doubt, CFC’s women’s team will rise to the top in the WPSL and I am sure they will be a model club both on and off the field."

The legacy of the team's first five years continue on and off the field with formers players like Caitlin Hayes, who now plays professionally for Celtic FC in Scotland’s top professional league, and Katelyn Newsome, who now serves as director of operations for the CFC Foundation after playing in each of CFC Women’s five seasons.

The club has made a lasting impression on the Chattanooga soccer scene through its mission of using soccer as a tool to build strong relationships – across age, race, creed and socio-economic status – for the greater good of Chattanooga. Since its inception, CFC has made strides both on and off the field through the launch of its Academy in 2012 and its Foundation in 2015.

The CFC Foundation continues to be a positive force within the Chattanooga area and soccer landscape. Every year, around 1,000 local children enroll in Operation Get Active – an after-school soccer program promoting healthy and active lifestyles in elementary age children. In addition, 400 more youth between ages 6-18, are served through the Foundation's recreational, competitive and summer programs. Alongside its programs, the Foundation manages the facilities of Highland Park Commons and Montague Park.

CFC Women will continue the organization’s community efforts and be active within the greater Chattanooga area.

“Through our partnership with Wolfsburg, we will be announcing some great initiatives that the Women’s Team will be part of here through the Chattanooga FC Foundation and other community partners,” Jeremy Alumbaugh, Chattanooga Football Club managing director, said. “The impact that these high-level athletes will have in our community is going to be great to see.”

"I am extremely pleased to welcome Chattanooga FC back to the WPSL," said Rich Sparling, WPSL Commissioner. "They have always exemplified what we as a league strive for both on the field and in community relations."

For its WPSL return, CFC Women will play its home matches at Finley Stadium. It will play in the Southeast Conference with games against WPSL clubs in Knoxville, Nashville, Huntsville, and Birmingham. Season passes are now available and can be purchased here.

Open tryouts are projected to occur in late February or early March. The season will begin sometime in May and continues through the summer with playoffs occurring in July. If you are a player interested in more information about the team, let us know by completing this form.

Chattanooga FC also unveiled a new version of its iconic crest, which will represent the Women's team in 2022. It is the same crest for the overall club but with inverted colors to give the Women's team its own brand and identity.

About the Women’s Premier Soccer League

In its 24th season, the WPSL is the longest active women’s soccer league and with more than 125 clubs from coast to coast in 35 states and, serves as the largest women’s soccer league in the world. WPSL rosters feature elite collegiate, post-collegiate, international, and standout prep student-athletes. Many of the United States’ most accomplished women’s players have played in the WPSL, including household names such as Alex Morgan, Abby Wambach, Megan Rapinoe, Julie Foudy, and Brandi Chastain.