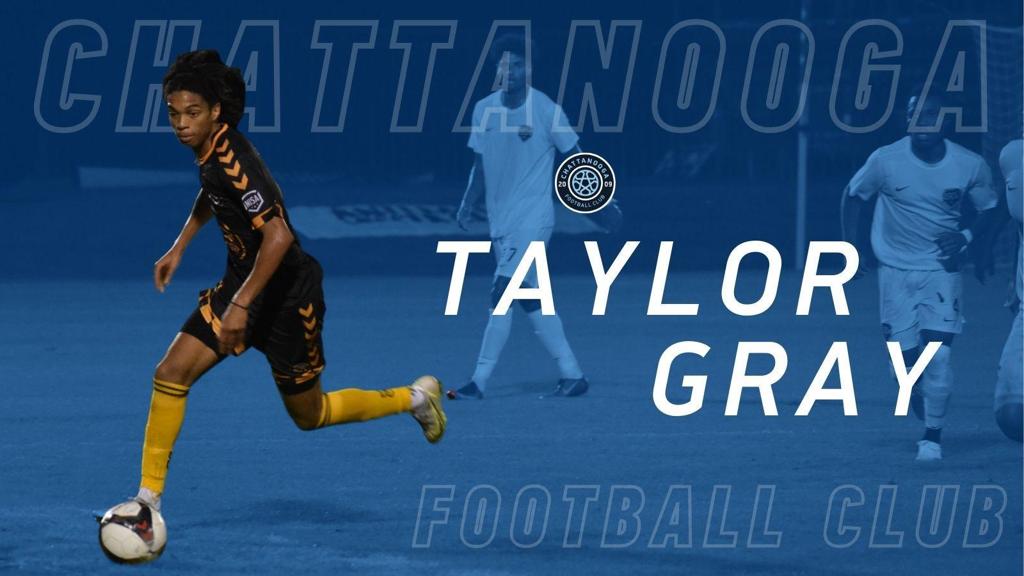 Gray, 24, comes to Chattanooga from Maryland Bobcats (NISA) where he played in 2021. He joined Maryland after becoming the leading goal-scorer for Tri-Cities Otters in USL2. He had a standout collegiate career at Reinhardt University, about 90 miles south of Chattanooga.

Finley Stadium is a familiar place for Gray. He visited as a fan during the 2018-19 season to watch his friend and former Chattanooga FC goalkeeper Torge Wiedenroth.

"The stadium's energy that game was great and that’s when I really started to like Chattanooga as a team and city," said Gray. "So being here now and having the opportunity is an incredible feeling."

Just a few a couple years later he had a memorable return as part of the Maryland Bobcats.

"I made my professional debut at Finley Stadium," he added. "It’s a special feeling to represent a growing club with such a supportive city behind it."

Head Coach Rod Underwood believes the 6'1" Gray has tremendous potential in the system.

"Taylor is a player who fits our ideas regarding our style of play," said Underwood. "He has the type of character we want in the organization. Super excited to work with him." 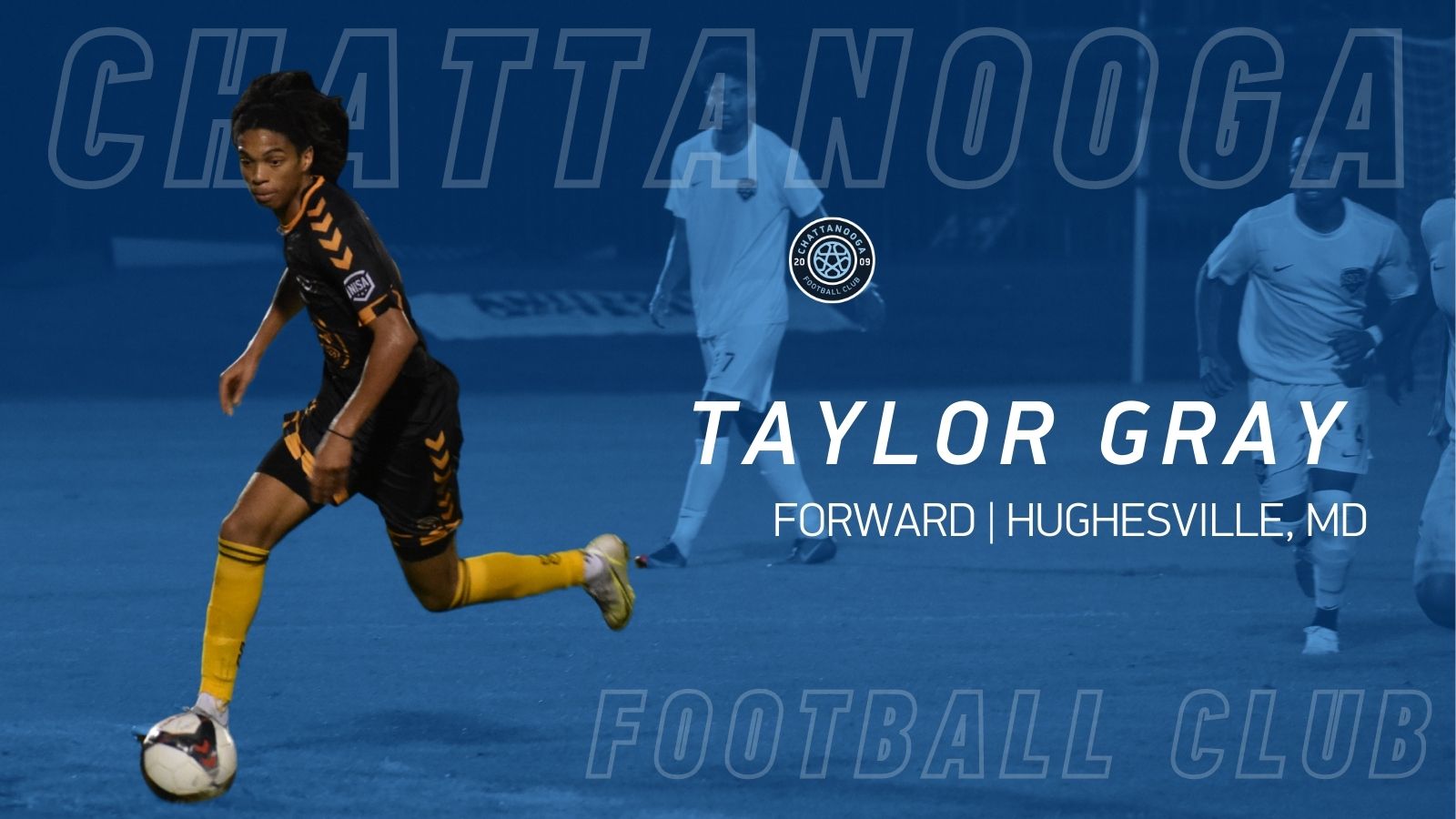