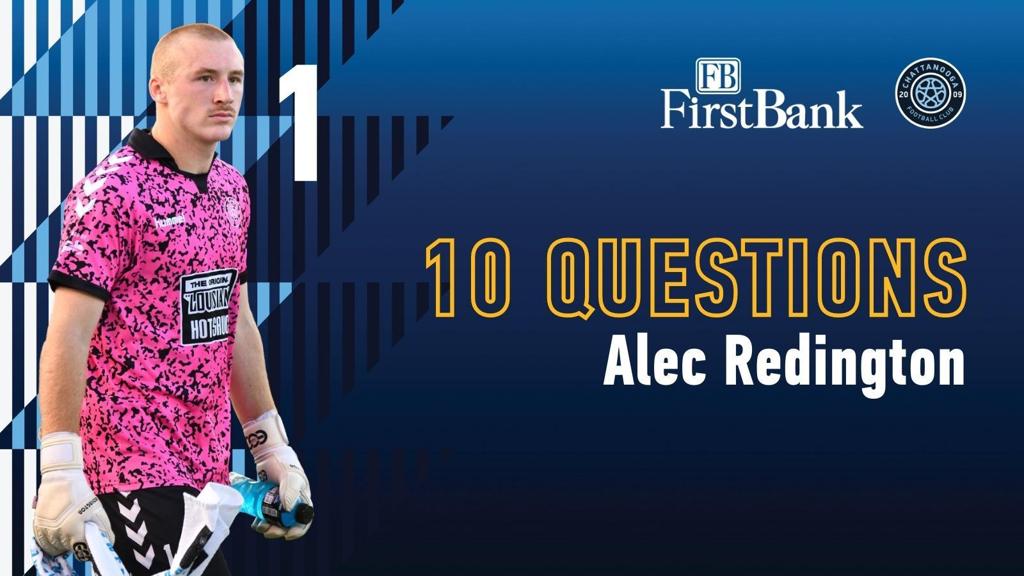 As we march to kickoff of the home opener on March 26, we will use 10 Questions to introduce you to the players on the 2022 Men's team roster. Look for a different player featured each day -- plus a couple days where will feature more than one. Our first feature begins with returning goalkeeper Alec Redington.

1: Did you ever have another dream career besides soccer?

A: Growing up my main focus was soccer but if I had to do something besides soccer it would probably be something outdoors in nature.

2: How do you decompress after a long week of training?

A: Usually I’ll go to a creek if the weather is right. If not, binge watch some movies.

3: What was the most nervous you’ve ever been?

A: In soccer, the most nervous I’ve been was probably my first ever game for CFC. It was about two years since I played a full 90 so it was a big step. Outside of soccer, the first time I went zip-lining when I was a kid.

4: What are your preferred pre-game, locker room and post-game routines?

A: For me I have a pretty set pre-game routine. When I get to the locker room the first thing I’ll do is change to my warmup gear and roll out and activate. After the pre game talk I’ll head out on the field and do a few stretches on the post and visualize. Then after warmups and the walk out I’ll sprint back to the goal hang the towel up tap both posts twice and give all the glory to God.

5: What’s the most memorable sports moment you’ve had as a fan?

A: When the Blues won the Stanley Cup for the first time in 2019. I'm a pretty big St. Louis sports fan so it was cool being in the Lou when that happened.

6: What sporting event have you always wanted to go to and why?

A: Hockey games are always a blast personally, I have so much respect for the guys on the ice.

7: What’s your go-to meal the night before a match?

A: it would have to be something with carbs. I like to carb load the night before a game.

8: What’s your favorite thing to do in or around Chattanooga?

A: It would have to be the hiking trails. Chattanooga is in the middle of the mountains so it’s fun to just go out on a hike and take it all in.

9: What do you think is the hardest thing professional athletes face today?

A: Personally I think that the hardest thing is the media. Everyone has a phone now and they can put anything they want out so you might have some harsh criticisms about a game but you gotta put that away and focus on yourself and not somebody behind a screen.

10: Who inspired you as a young athlete and why?

A: One of my old club coaches, Dave Kekec. He made me fall in love with the sport itself; not just goalkeeping. The team we had was just a great group of guys and we all still talk so it’s good catching up with them