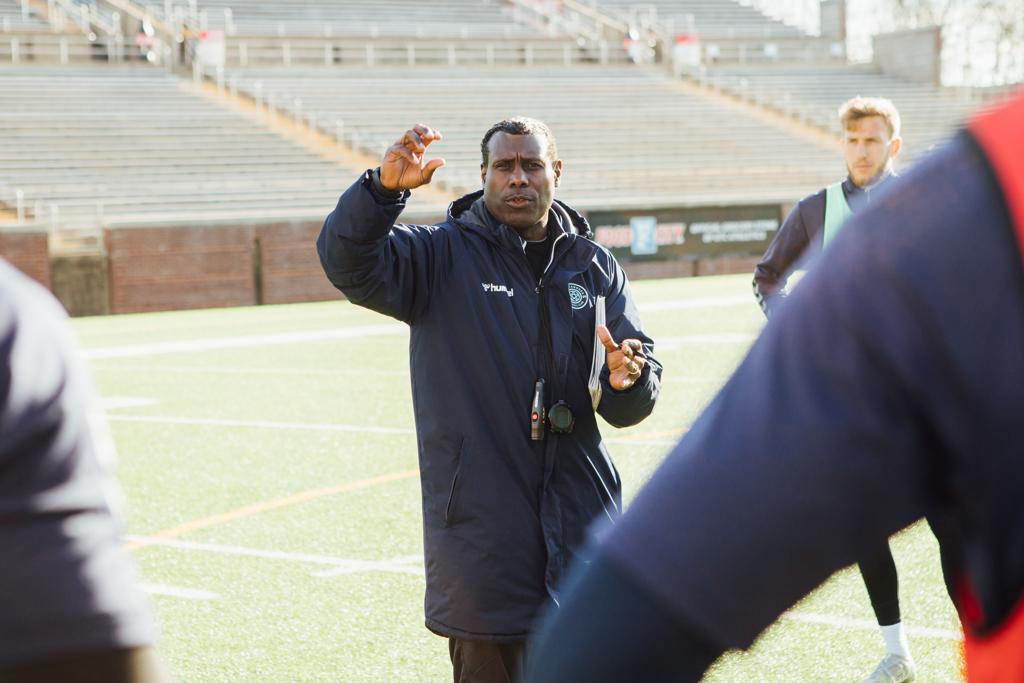 The Chattanooga Football Club opens its 2022 regular season at home on Saturday, March 26, against the Maryland Bobcats. The match is set to kickoff from Finley Stadium at 2 pm.

The Chattanooga Football club is looking to start its 2022 campaign with a win at home against a fellow East Division side, Maryland Bobcats. In 2021, Chattanooga FC earned a decisive win against the Bobcats winning 3-1. The second meeting between the clubs ended in a 0-1 loss.

Both clubs have new head coaches and significantly different rosters from than those matches in 2021.

Multiple quality signings in the off-season and the hiring of new Head Coach Rod Underwood marks a new chapter for the club. Underwood previously coached Stumptown AC (NISA) in Charlotte. After a 5-game preseason, he’s ready to get the ball rolling.

“First and foremost it is a blessing to be a part of the club.” He added, “I thank God he opened the door to this opportunity. Our goal is to continue to build on the history of this club and provide the city an opportunity to enjoy exciting soccer.”

Fans can expect the team to display an exciting product on the field this season. Coach Underwood spoke highly of the squad going into Saturday’s match.

“The excitement is high in the team and we will come out and play aggressively with imagination and personality.” Underwood said.

This Saturday will be a reunion for one of our very own signings, Taylor Gray. On Saturday, the 24 year old forward will be on the opposite side of the pitch competing against the club that gave him his beginnings as a professional. Gray was a standout in the EPSL and earned his way up to first team for Maryland Bobcats in May 2021.

Saturday’s meeting will be the first for the Bobcats’ new head coach, Sylvian Rastello. Rastello’s brings international coaching experience from his stints in Canada, France, the Solomon Islands, and South Africa.

In just over a decade, Coach Rastello has worked as Technical Support Coach for The South African National Team in 2010, as an assistant coach on the Solomon National Team in 2013 and on coaching staff from 2014-2015 with Canada’s U20 Senior National Teams. Rastello’s tactical game plan for The Bobcats will be something to keep an eye on.

CONNECT WITH US ON SOCIAL MEDIA