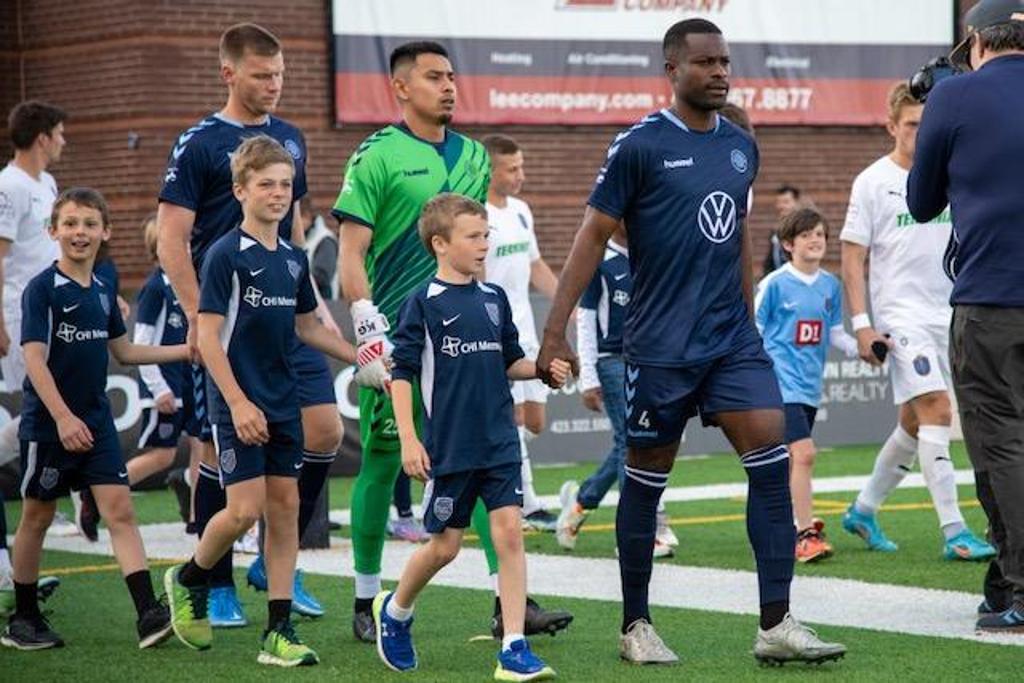 Finley stadium will spring to life this Saturday, as the boys in blue welcome NISA newcomers Flower City Union to town April 30th at 7:30pm. The game will be the first played between the two clubs.

Chattanooga FC is undefeated in league play after draws in its first two matches of the year, giving up a late goal in the first match of the campaign to split the points with Maryland Bobcats, 1-1.

Two weeks ago, Coach Rod Underwood’s club flew to Phoenix and held western conference leaders Valley United scoreless in a 0-0 draw. Underwood is pleased with the growth he sees each week. They followed with a Third Round appearance in the US Open Cup to face the MLS's Atlanta United in Kennesaw. Atlanta won the game but had high praise for the level Chattanooga FC is playing right now.

"I was impressed," said Atlanta United Head Coach Gonzalo Pineda. "They're very physical. They know how to play on the ground. They tried to play and break us down. They succeeded many times."

Coach Underwood says he is glad the club gained that experience but the focus now turns to Flower City Union and league play.

"Flower City is a team that is trying to find their way and they're moving in the right direction," Underwood said. "They've improved every game so that is something we have to be aware of. I think they're going to come in and give us a battle. I don't think it is going to be easy. I think they will make it a difficult challenge for us."

Rochester, NY based Flower City Union is searching for the club’s first win in NISA history, losing twice to Maryland Bobcats and once to both Syracuse Pulse and Michigan Stars.

The club has seen some success in the US Open Cup, where they defeated USL2 side Western Mass Pioneers. In the Third Round, they held MLS side DC United to a 0-0 score at home until the 73’ when DC United went on to win 3-0.

"I'm looking forward to the match, it' always exciting when we face a club for the first time. We played well last weekend and after a good week of training we feel ready and excited for Chattanooga” said Flower City Union Head Coach Zach Agliata.

CAUSE OF THE NIGHT

This weekend, pups a plenty will fill up the concourse, as Chattanooga FC welcomes McKamey Animal Center to Finley Stadium for Saturday’s Cause of the Night.

April 30th is National Adopt a Shelter Pet Day, and Saturday’s game will serve as an adoption site for several dogs from McKamey. Supporters can use the code MCKAMEY22 for $3 off the price of admission and to donate a portion of the ticket sale to McKamey Animal Center.

McKamey Animal Center has been serving animals and the people who care about them in the greater Chattanooga area since 2008. Since then, MAC has helped thousands of animals each year, finding homes for the homeless, providing veterinary care for the ill and injured, and helping struggling pet owners throughout the region.