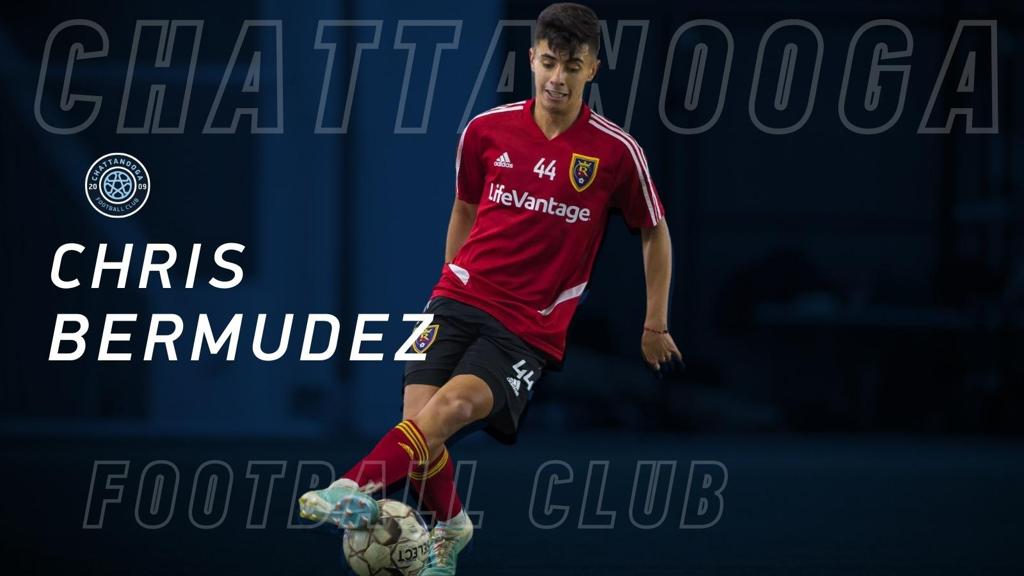 Chattanooga Football Club is pleased to add another dynamic player to the already talented midfield for the Men's first team. Today the club announced the signing of Chris Bermudez, pending league and USSF approval.

"Chris is a technical player that fits into our style of play," said Head Coach Rod Underwood. "He brings experience that we will look to tap into as he understands our style of play. We are excited to have him  as part of our club."

Bermudez turned pro at age 17 and played for a first division club in Mexico, Club Pachuca from Liga MX. He returned to the U.S. and was signed by USL League One side Greenville where his late goal sent them to the playoffs. Greenville would finish as league finalists. He also spent time on loan to Real Monarchs in USL Championship.

Bermudez is no stranger to Chattanooga after playing for New Amsterdam last year.

"Signing with a club that has such a winning history and big connection to the community like CFC motivates me even more to perform well every weekend," said Bermudez. "This city deserves a championship and that’s what we’re going to work hard every day for. "

"I have always heard amazing things about the CFC fan base," added Bermudez. "Last year I got to experience it and I can say they are very passionate and I can’t wait to play in front of them!"