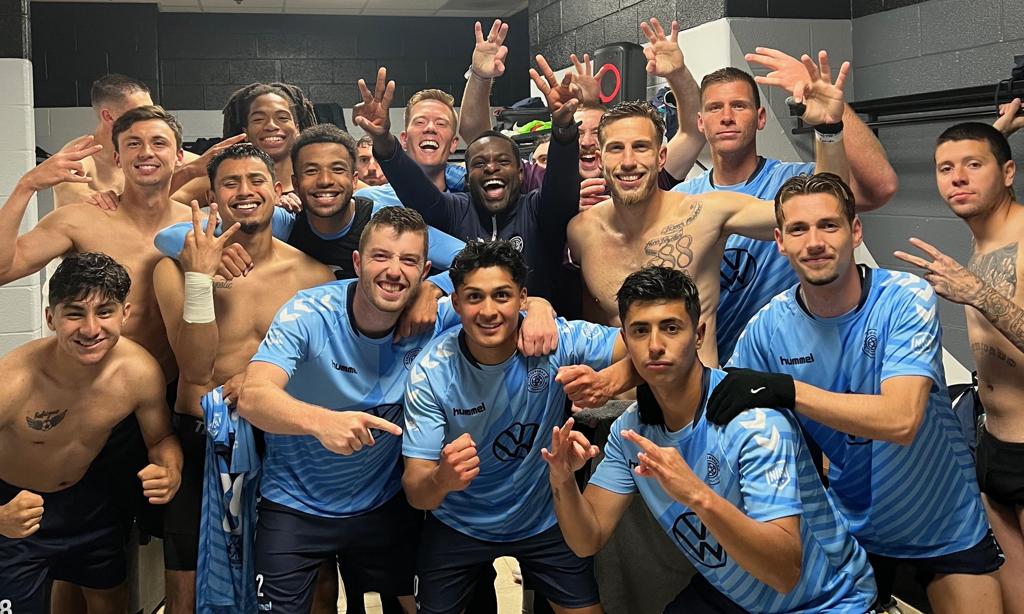 Chattanooga FC entered the match in need of points, having only picked up two in its first three games of NISA play. In contrast, Maryland Bobcat had eleven points from five games after a quick start to the season.

Head Coach Rod Underwood mixed up his starting lineup for the first time since CFC’s visit to Valley United FC on April 15. Markus Naglestad was awarded his first start of the season, leading the front line with Brett Jones and Taylor Gray on the wings. New signing Chris Bermudez made his debut on the left side of the midfield, while Alex McGrath slid into the holding midfield position with the captain’s armband for the missing Richard Dixon. Ian Cerro filled out the midfield three on the right. Travis Ward, Nick Spielman, Colin Stripling, and Tate Robertson filled in the back line from left to right, while Kevin Gonzalez was again selected in goal.

Maryland head coach Sylvain Rastello also made a few changes, putting Christian Caulker in goal and bringing Noah Wright and new signing Mo Alewine to the outfield. The rest of the side remained unchanged from their 1-1 draw with Michigan Stars the previous weekend.

Chattanooga FC started the game at a high tempo, putting pressure on the ball high up the pitch and looking to create chances over the backline of Maryland. For much of the half, Maryland’s best defender was the assistant referee, calling Markus Naglestad and his attacking companions offsides on a number of occasions. CFC also generated chances from set pieces, continuing to display some of the most creative dead ball routines in the league.

Maryland Bobcats also created several chances, often pouncing on misplaced passes from the Chattanooga midfield and backline. A Maryland freekick forced Kevin Gonzalez into a good save in the 25th minute, but otherwise Kevin had only to see the ball wide or have easy catching practice from Maryland chances.

Unfortunately, Brett Jones went down injured in the 30th minute, and was replaced by Roddy Green Jr. on the right side of the attack.

Chattanooga’s efforts finally paid dividends in the 38th minute. Tate Robertson beat the offside trap as he got on the end of a Roddy Green Jr. pass on the right side. Robertson rifled in a low cross, and Maryland defender Brandon Clegg slipped as he tried to clear the ball, only making partial contact. The ball trickled into the path of Markus Naglestad, who made no mistake in rifling the ball to the keeper’s right.

The Bobcats made two substitutions at halftime, but Chattanooga started the second half on the front foot once again. After putting a few great efforts just wide, the boys in blue won a corner in the 51st minute. Alex McGrath sent in the inswinging corner, which looped over and around the keeper to find the far edge of the goal, making the score 2-0. With McGrath’s Olympico, Chattanooga was able to begin to control the game without as much need to push forward.

Maryland was able to pull a goal back in the 72nd minute. Bobcats defender Brandon Clegg put his laces through a direct free kick to rifle the ball into the top left corner, giving Gonzalez no chance in goal. However, Maryland struggled to generate chances from open play. Alex Hernandez subbed on for Chris Bermudez in the 75th minute, and Chattanooga were able to comfortably see out the rest of the match to win the game 2-1.

Chris Bermudez’s work rate up top earned him a goal in a man of the match performance. Alex McGrath did well to anchor the midfield in Richard Dixon’s absence and also scored a rare olympico goal. The centerback pairing of Spielman and Stripling did well to nullify much of the Maryland threat, and Kevin Gonzalez put in a great shift as he controlled his area. The whole team worked hard to grind out the win against a very in-form Bobcats side.

With this result, Chattanooga moves up to third place in the East Division. The boys in blue will next travel to Rochester on the 21st to seek revenge against Flower City Union, then return to Fort Finley on the May 28th to host West Division newcomers Bay Cities FC from San Francisco.