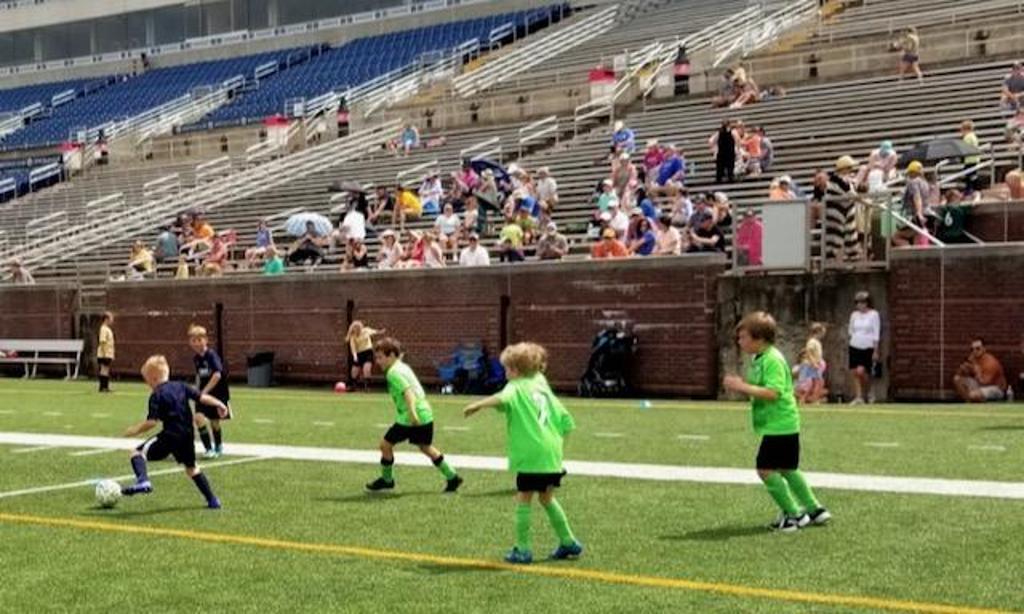 Finley Stadium rang out with cheers and screams long before the men’s first team took the pitch for the Flower City Union match on April 30.

The first annual Community Partner Jamboree kicked off with over 300 young soccer stars taking over Fort Finley, bringing together teams from across the region to participate in the first of many events that join players, coaches, and community partners together in fellowship and fun.

“We had a blast, and can’t wait to do this next year” said Kris Ray, Director of Youth Development, Chattanooga Football Club. “Watching these teams compete from across the region, and seeing the smiles on their faces was such a great experience.”

Nearly 50 teams came to play, as U6 and U8 teams from Lookout Valley, North River, Chickamauga, Rock Spring, and Middle Valley all took part.

The next jamboree looks to be even bigger, as CFC looks to expand the reach of Chattanooga’s Football Club deeper into Georgia, Tennessee, and Alabama.

Next up, coaches take center stage on June 11th at Finley Stadium with a 7v7 and 9v9 United Soccer Coaches coaching development clinic that will be FREE to all coaches within the CFC family. The event will be available to first team players, coaches from the CFC Academy, Operation Get Active, Chattanooga Sports Ministries, Rec coaches, and CFC camp coaches.