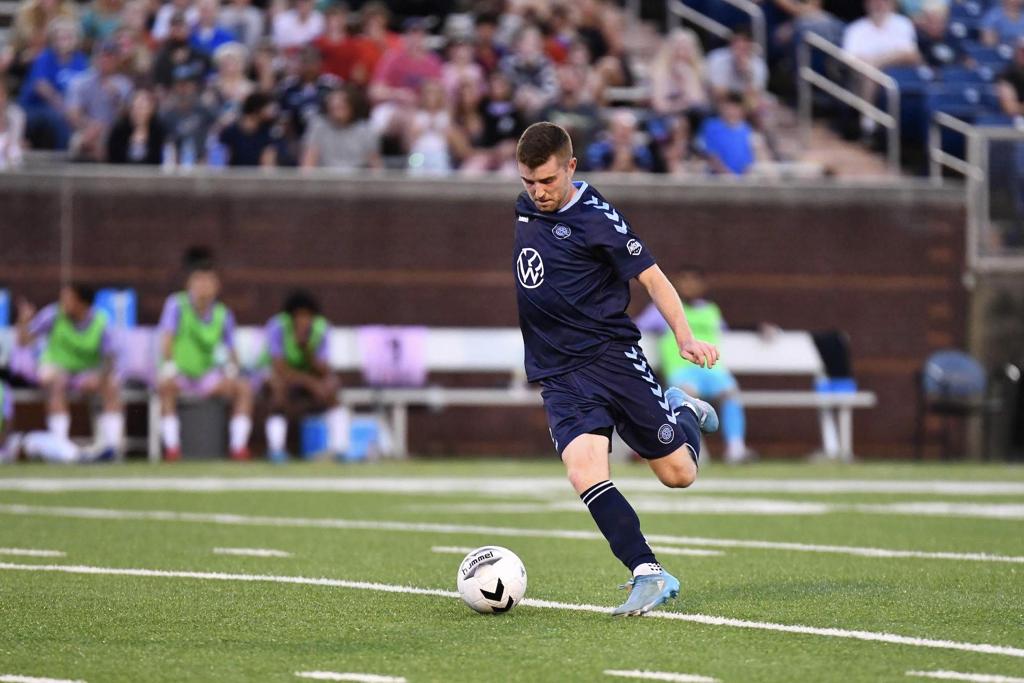 Chattanooga FC men’s team will face off against Bay Cities FC on Saturday in a clash between two teams in contention for the top spot in their respective divisions.

CFC is coming off two consecutive wins and sits in second place in the East Division with a 3-1-1 record. Bay Cities FC also sits at second in the West Division at 4-2-2.

For Chattanooga FC Head Coach Rod Underwood, the match will be an opportunity to capitalize on a strong start to the season.

“It’s all about building little by little,” Underwood said. “Can we just feel like when we walk away we did more today than we did yesterday?”

CFC is coming off of a dominant road victory against Flower City Union in Rochester, NY. Scoring four goals in the first half, the game was never in doubt as CFC cruised to a 5-1 victory.

“It’s practice and it’s a little bit of luck. It’s finding the good spots and the right time to shoot,” Naglestad said.

The blowout victory over Flower City was a vast improvement over the CFC’s home loss to the same team earlier this season.

“We should have won the game here,” Underwood said. “We didn’t show the same composure that we did in front of the goal up there… We were cleaner [in Rochester], guys did their job.”

CFC’s strong defensive play has been a large reason behind its success this season. Chattanooga has allowed just four goals this season thanks to a team-wide defensive mentality.

“In our group, everybody has to defend,” Head Coach Rod Underwood said. “There's no guy that has the luxury of not defending.”

Chattanooga’s strong defense will meet a potent offense in their game this weekend. In eight games, Bay Cities FC has scored 14 goals, averaging 1.75 goals per game. Possessing the ball will be a key part of CFC’s strategy on Saturday.

For the first time in nearly a month, CFC will be playing in front of a home crowd at Finley Stadium.

Chattanooga FC against Bay Cities FC will start at 7:30 at Finley Stadium on Saturday. Fans will be treated to fireworks over the skies above Fort Finley at the conclusion of the match. Tickets are on sale here.