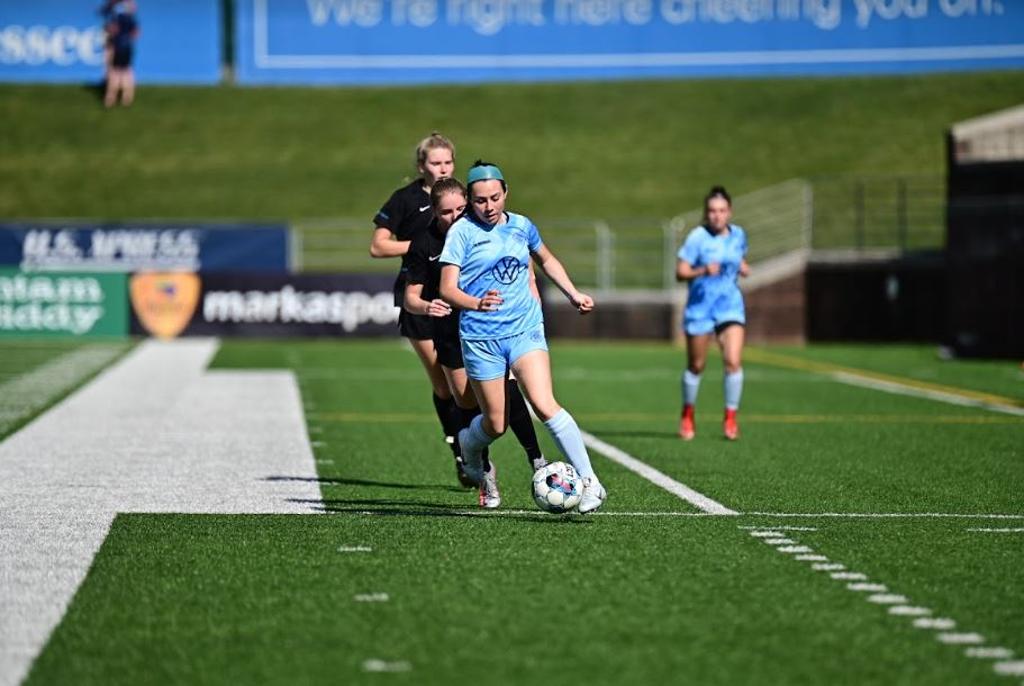 Chattanooga FC fell just short against Alabama FC with a 2-1 loss Saturday evening. The ladies fell two goals behind in the first half and were unable to turn over the deficit in a riveting second half.

The women’s side picked up three points in front of the home crowd last weekend, winning 2-1 against the North Alabama Soccer Club despite going down to ten players in the first half. Coach Randy Douglas hoped to emulate that success in an attempt to reverse fates from an early season loss against Alabama FC. “We went in completely blind in our first match at Alabama FC and to be honest I thought we had some very positive moments in that match despite the 3-0 loss. This time I have expectations of them but more importantly have expectations of us to be better prepared on both sides of the ball. Whether or not the prep gets us the desired result I can’t say but I can say we have a much better chance.”

New signing MJ Parks entered the starting eleven to replace Nathaly Villalobos who saw red in last weekend’s win. With defender Rocio Carrizales unavailable, Avery Catlett moved to the defense and Ciara Boal joined the starting eleven in the midfield. Abby Saddler started the game between the posts in place of Caroline Johnson.

Chattanooga FC looked to possess from the off, relying on the right pass to create threat. Alabama FC tucked attackers on the shoulders of the CFC backline, looking to break quickly on long balls.

Greene redeemed herself in the 29th minute with a goal. The AFC forward found herself in bags of space after a well weighted through ball trickled between a high defensive line to put her on goal. Keeper Abby Saddler came off her line to close the angle, but Greene made no mistake as she slotted home into the left corner.

Things didn’t improve as Chattanooga conceded again in the 37th minute. A dangerous Alabama FC attack forced Abby Saddler into two great saves, but an apparent boot to the face prevented her from getting the ball to stop Emily Scott from putting the ball into an open net.

There was a stark change in Chattanooga’s play in the second half; the women of CFC immediately pushed Alabama FC on the back foot, earning a corner for CFC. With a perfect delivery, Chattanooga forward Jacqueline Montes was on hand to nod the ball home and bring the score back to 2-1 in the 47th minute.

Chattanooga continued to pepper the Alabama goal, with Jasmine Marquez, Kailey Burrell, Sierra Ruetten, Alexa Avery, and MJ Park all testing the Alabama keeper but just failing to find the back of the net. The women played markedly better throughout the second half but ultimately failed to find the equalizer that their play deserved.

The women will go again Wednesday night, June 15th, as they host Tennessee Force FC at Finley Stadium, and coach Randy Douglas hopes to see everyone there in the stands. “The Chattahooligans are counted on! Their presence energizes EVERYONE and I feel it definitely sets us apart from every other team in the WPSL.”