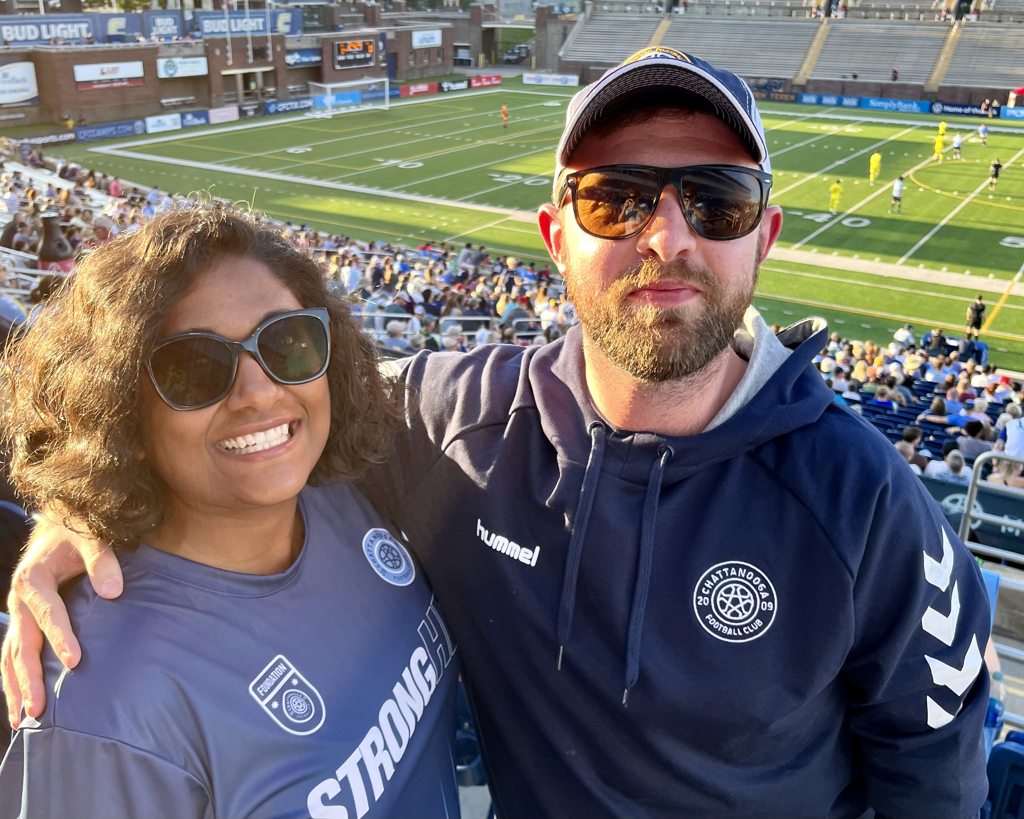 When Chattanooga Football Club opened shares of the club to supporter owners in 2019, the club could never have predicted the number of new connections and relationships that would grow.

More than 3,000 owners from all 50 state as well as several countries now own a piece of Chattanooga's professional soccer team. One owner, Paul Cain from Northern Ireland, recently attended his first CFC match. Cain lives Bangor, a city of around 75,000 north of Belfast in Northern Ireland.

“That's what I love about it. You come together with people you've probably never met before, but you're all here for the one reason, and you're here to have a good time,” Cain said. 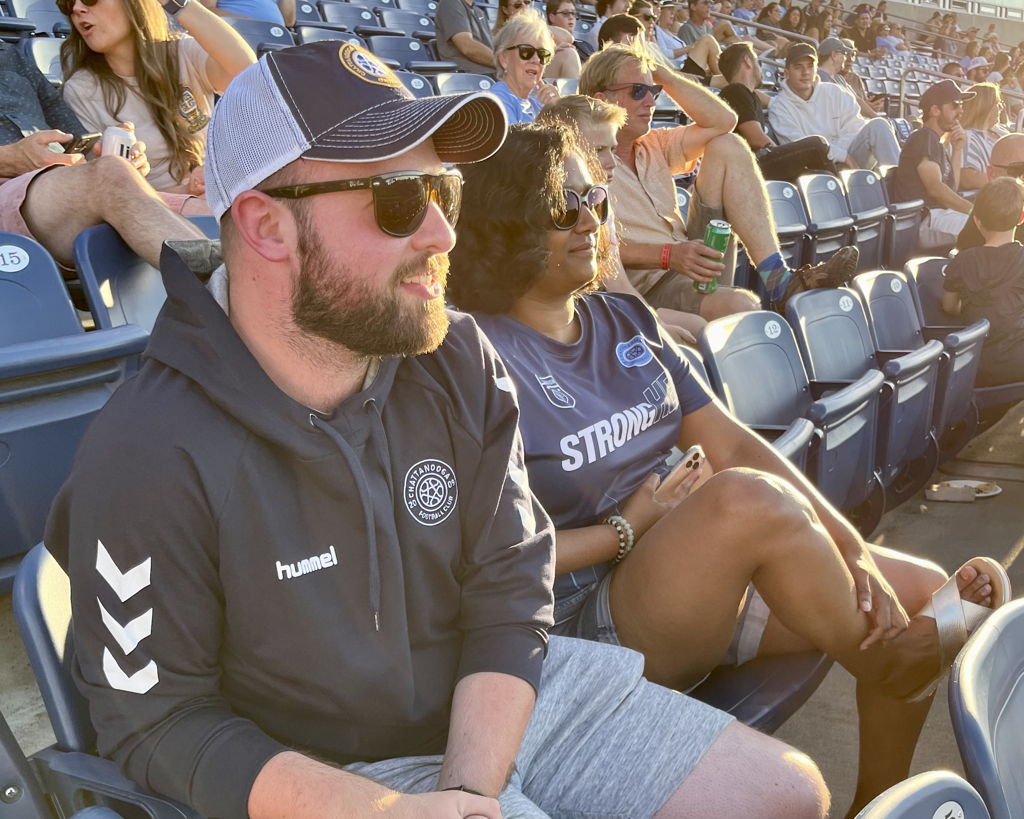 Describing himself as someone who has “always been interested in U.S. soccer structure,” Cain made his way to Akron, OH to study front office and league structure.

“During my research I learned a lot and I heard about Chattanooga and I said, ‘Okay, this is very interesting.’ Again, there's a lot of stuff online around the community and on being a part of the city,” Cain said.

In 2019, Chattanooga FC began selling shares of the team, giving people a chance to bring their fandom to a next level. In Cain’s case, hearing about CFC’s next endeavor fulfilled a childhood dream.

“It's not very often I get the opportunity to be a part owner of a soccer team in the U.S., and I said, ‘why not?’” Cain said.

Cain was quickly welcomed to Chattanooga FC’s online community. Because he couldn’t attend games in person, he relied on live streams or getting caught up by fellow CFC fans on Twitter following the game.

“Even just putting out online that I was visiting, I got a lot of people giving me suggestions on where to go and what to do,” Cain said.

While following games on Twitter is enjoyable, Cain spoke highly of his first experience at Finley Stadium.

“You can tell instantly as soon as you come into the [stadium]. You can feel the togetherness and the family feel. I've been to many football grounds around the world and it doesn't happen as often as you’d hope,” Cain said.

As a lifelong football fan, Cain has always valued the community that surrounds the sport.

“People come here for one reason and one reason only: to be part of this community and this family,” Cain said.