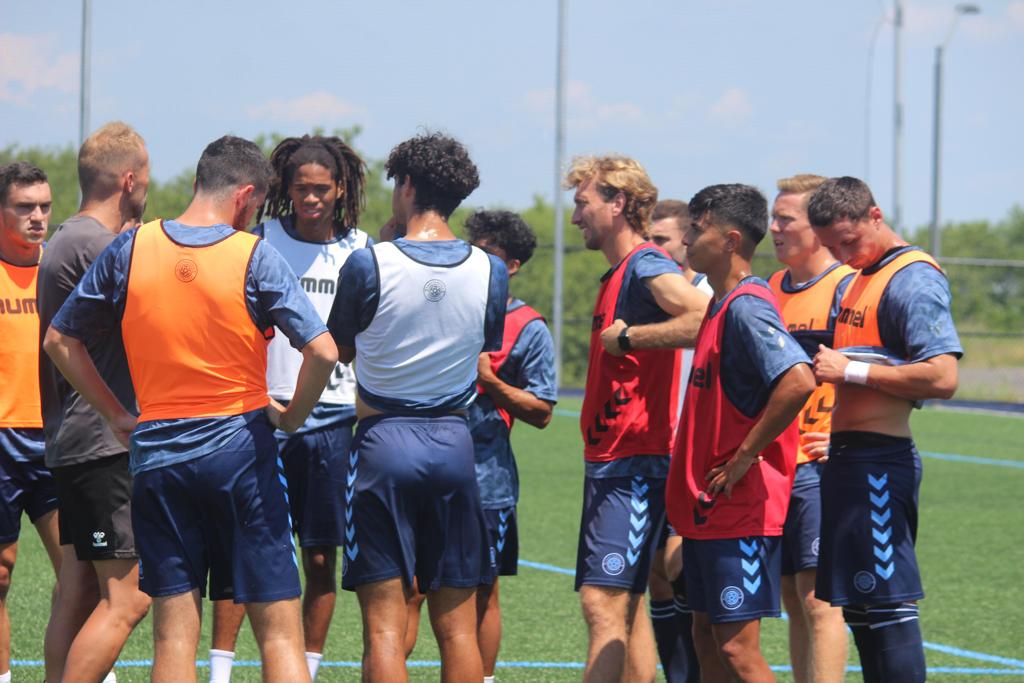 Chattanooga Football Club played its second match in New York in five days on Wednesday afternoon and dominated possession on the way to a 1-0 road victory at Syracuse Pulse. This follows Saturday’s 5-0 win in Rochester, NY against Flower City Union.

Wednesday’s match was a makeup from April 3 when Chattanooga FC traveled to Syracuse to only see the match postponed due to a spring snow made the field unplayable. The 1:00 p.m. kickoff in July felt much different with temperates in the 90s.

Chattanooga FC controlled play from the beginning but had no real chances until the 21st minute when leading scorer Marcus Naglestad’s shot was well-defended by the Syracuse defense. The heat would require a water break in the 25th minute.

After the water break, Ian Cerro would come screaming down the left side and found Alex McGrath inside the box. McGrath would bury it into the back up the net in the 30th minute, but the official would call McGrath offside in what appeared to be a very close decision. Strong defending by Alec Redington in goal kept Syracuse off the scoreboard when they had a chance in the 35th minute. But just three minutes later, it would be McGrath again. This one would count as Chattanooga FC would take the 1-0 lead into the locker room. McGrath would earn Man of the Match honors in the fans' vote.

The second half saw the same lineup for Chattanooga FC as the Boys in Blue consistently moved the ball anywhere they wanted. Syracuse had a chance to equalize in the 50th minute but the goal was negated by an offside call.

A few late substitutions would see Chattanooga FC saw Alex Jaimes enter for Cerro in the 84th minute. Then in the 87th, it would be veteran Juan Hernandez and Roddy Green in for Naglestad and Brett Jones.

CFC Head Coach Rod Underwood was pleased with the result but is always looking for more.

“It’s good. We got two clean sheets in a row which is important to us,” said Underwood. “We played our football somewhat but not the football we wanted to. But if we’re going to do something (this season), we need these kind of wins. That’s really important. Iron sharpens iron and hopefully we can continue with that.”

The win pushes Chattanooga FC’s unbeaten streak to 10 and they remain comfortably in first place of the East Division. The last loss came all the way back in April when Flower City defeated CFC 1-0. Since that time, CFC has rematched Flower City twice, winning by a combined score of 10-1.

Chattanooga FC returns to Finley Stadium on Saturday for a non-league match against semipro side Club De Lyon FC from Orlando. Saturday’s match will be the the southeast final for the Independent Cup final, which is a summer competition that puts the best amateur teams against pro sides like Chattanooga FC.

The club will host a Christmas in July theme, including a toy drive for Children’s Hospital at Erlanger. Tickets to the game are on sale now at CFCTIX.com.