Syracuse delivers CFC its first road loss of the season 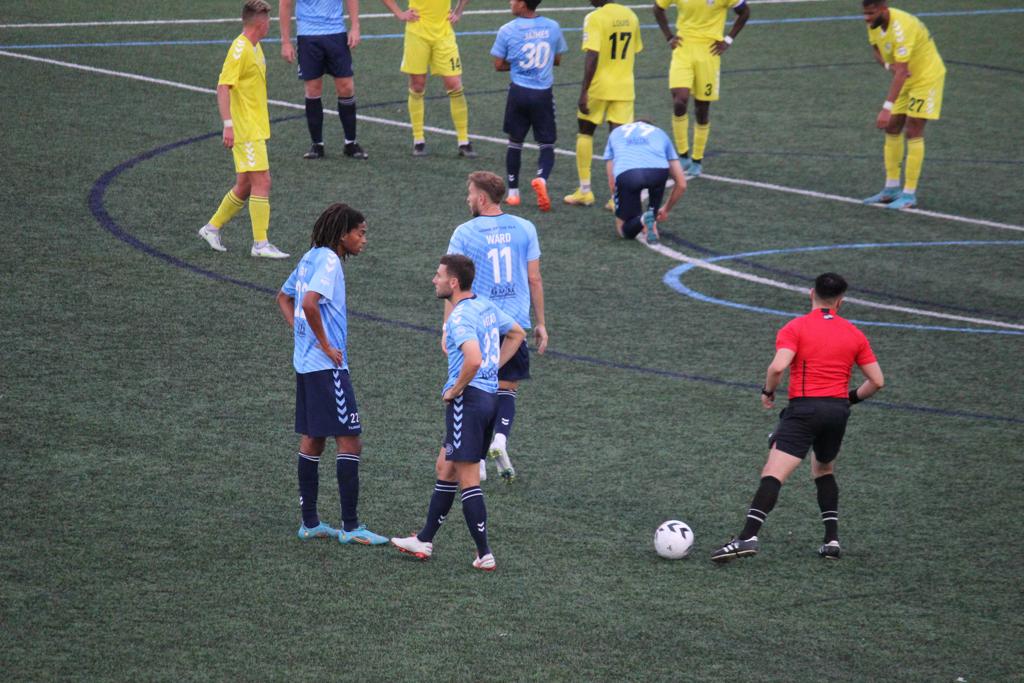 Chattanooga Football Club fell in a 3-0 defeat away to the Syracuse Pulse on Sunday night. It was a night to forget for the East Division leaders who played most of the game with ten men.

Chattanooga FC entered the game sitting atop the NISA East Division with a 7-point lead despite a hard-fought midweek loss to the California United Strikers. CFC had been perfect against the Pulse this season, banging in 7 goals and allowing only 1 against the Pulse so far in the season.

The only change to the starting eleven was between the sticks as Alec Redington came into the team. Otherwise, the outfield ten remained the same from Wednesday’s clash with Cal United at Finley Stadium.

From the opening whistle, the Pulse worked quickly to test the Chattanooga defense, sending balls over the top for forwards to run onto. It took less than four minutes for one of these to connect, as Kaleb Jackson received the ball, rounded the keeper, and tucked home to put the home team up 1-0.

Things went from bad to worse for Chattanooga in the 8th minute. Colin Stripling got caught in possession, losing the ball as the last defender. Stripling took down the opposition forward from behind, denying an obvious scoring opportunity and earning a red card.

The Syracuse players looked to capitalize on their advantage, pinning in the Chattanooga team. Richard Dixon stepped back into the defense to cover for Stripling, but his presence in the midfield was missed. CFC Head Coach Rod Underwood Rod Underwood changed things in the 30th minute as he brought on Nick Spielman for Ian Cerro, allowing Dixon to return to his anchor role in the midfield.

Despite having a man less, the substitution began to tilt the field, allowing Chattanooga to create opportunities on the attack. Several Pulse players picked up yellow cards as they did everything they could to deny the boys in blue from getting a sight of goal. The score remained 1-0 at the half.

The second half of the game was open and physical, with both teams working hard to create and deny chances. The referee had much to do, dealing yellow cards left and right. Both sides had looks at goal, and Alec Redington was called into action many times throughout the half, making four big saves in the half.

On the other end, the boys in blue showed impressive attacking prowess considering their man disadvantage. Brett Jones and Damian Rodriguez subbed in to help the attack, but the team failed to properly test the Syracuse keeper.

The toll of playing with ten men finally caught up to Chattanooga as the Syracuse men scored again late in the half. Kaleb Jackson slid a low shot past Alec Redington in the 79th minute and Stephen MacDonald slammed home after a great run in stoppage time to bring the final score to 3-0.

Despite the result, the boys in blue remain 7 points clear in the East Division. Chattanooga will try to turn fortunes around as they play host to second placed Michigan Stars this Saturday, August 20th at Fort Finley.

CONNECT WITH US ON SOCIAL MEDIA