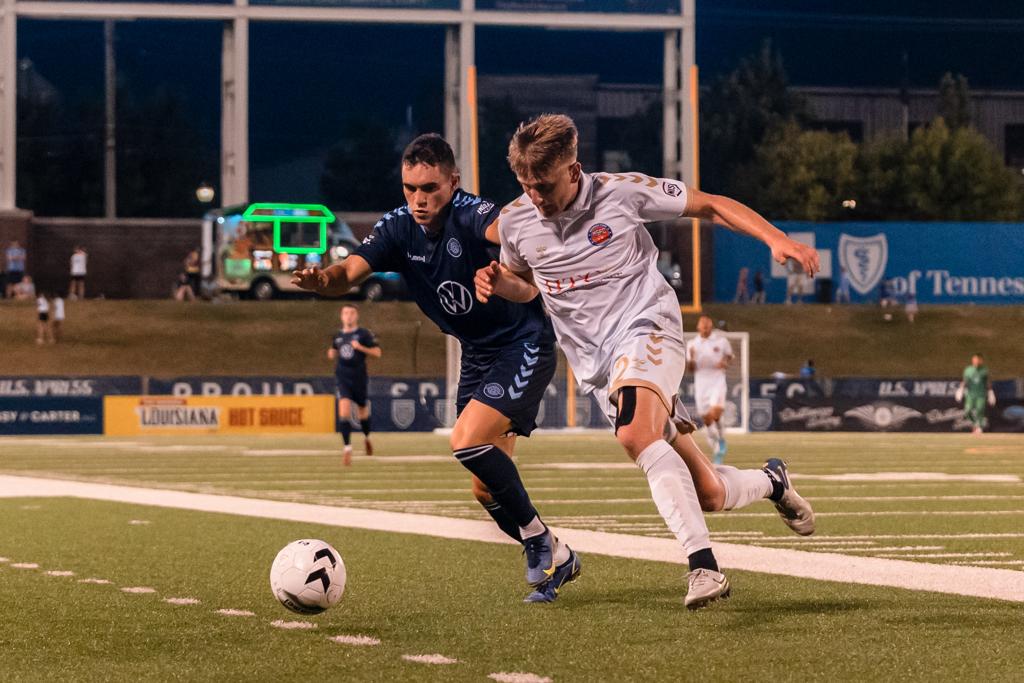 Chattanooga FC returns to Finley Stadium on Saturday to host Michigan Stars from Detroit in a battle of the top two teams in the East Division. The match is scheduled to kick off Saturday, August 20 at 7:30 p.m. ET.

Chattanooga Football Club looks to start a new winning streak on Saturday after being shut out in back-to-back losses in a 5-day period.

After going 11 games unbeaten dating back to April, Chattanooga FC lost 1-0 to top-ranked (West Division) Cal United at home on Wednesday, August 10. The boys in blue had a short turnaround for a trip to New York to face Syracuse Pulse on Sunday. In an uncharacteristic night where CFC played down a man for all but 8 minutes, it lost 3-0 on the road.

"You always want to win everything and learn while winning," said CFC Head Coach Rod Underwood said after Wednesday's game. "That's always the ideal way. But that didn't happen. We have a younger team experience-wise in the sense of being in these situations and being in these kinds of big games. The game (on Wednesday) was the biggest game at the professional level for some of our guys. Some of those guys are key players so it was a big learning experience for them. So we feel good about where we are and we feel excited about where we can go."

PLAYOFF PUSH
Chattanooga FC has 9 more league matches as it makes a push to the playoffs and tries to remain at the top of the table in the East Division. If CFC remain one of the top two teams, it will earn a first-round bye on October 22. Chattanooga FC would then enter the playoffs in the semifinals on either October 29 or 30. The higher seed will host. The championship game will occur November 5 or 6 at the higher seed.

LAST MEETING
This will be the second meeting between Chattanooga FC and Michigan Stars in 2022. The match on June 25 at Finley Stadium ended 0-0.

MICHIGAN STARS IN 2022
Sitting seven points behind Chattanooga FC in the East Division, Michigan Stars are in second place. They enter the match at Finley on nearly two weeks of rest having last played Cal United on August 6. They lost the match 1-0 to the West Division leaders. Michigan Stars have beaten four teams in league play this season: Flower City Union and Syracuse Pulse twice as well as one win each over Maryland Bobcats and Bay Cities FC.

MATCH POWERED BY VOLKSWAGEN
Saturday's match is powered by Volkswagen. Chattanooga Football Club is a proud partner with VW and welcomes VW employees and their families to Finley Stadium on Saturday. Look for "Tor", the tiny ID.4 replica car, that delivers the official match ball before kickoff. Together, CFC and VW are electrifying soccer in Chattanooga.

CAUSE OF THE NIGHT
Each home game of the season features a Cause of the Night, where CFC will recognize a community organization and make a donation of tickets sold to further their work. Saturday's Cause of the Night is the Chattanooga Area Food Bank. Summer and back-to-school are an important time for the Food Bank as need increases before the holiday donations pour in.

UTC NIGHT
Chattanooga Football Club welcomes students from the University of Tennessee, Chattanooga on Saturday. Students receive discounted tickets. Coaches and players from Mocs athletics will be on hand in the concourse to sign autographs and meet fans. Before the match, students are invited to the pregame tailgate at First Horizon Pavilion next to Finley Stadium.

CORNHOLE TOURNAMENT
Cash prizes are up for grabs before the game. Fans can sign up for the CFC Cornhole Tournament at First Horizon Pavilion. Individuals can enter for $25 or enter a team for $50. Entry price includes a ticket to the game and two beers from Naked River Brewing Company. Entry price increases on game day. The tournament begins at 4:30 p.m. with check-in at 4:00 p.m. Pay less and guarantee your spot by signing up early here. 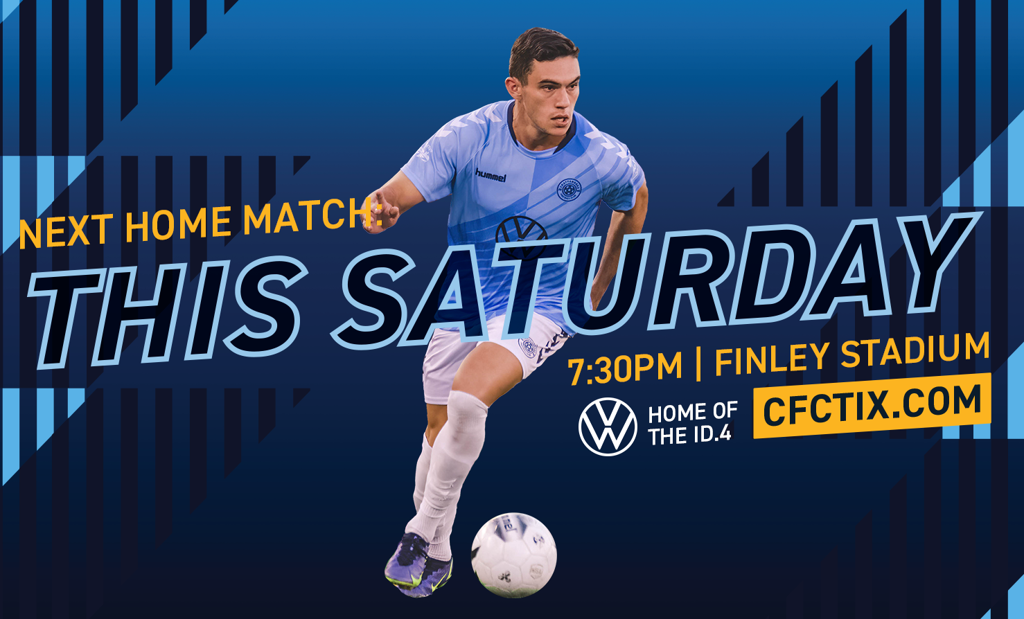