CFC and Michigan Stars draw 0-0 for the second time 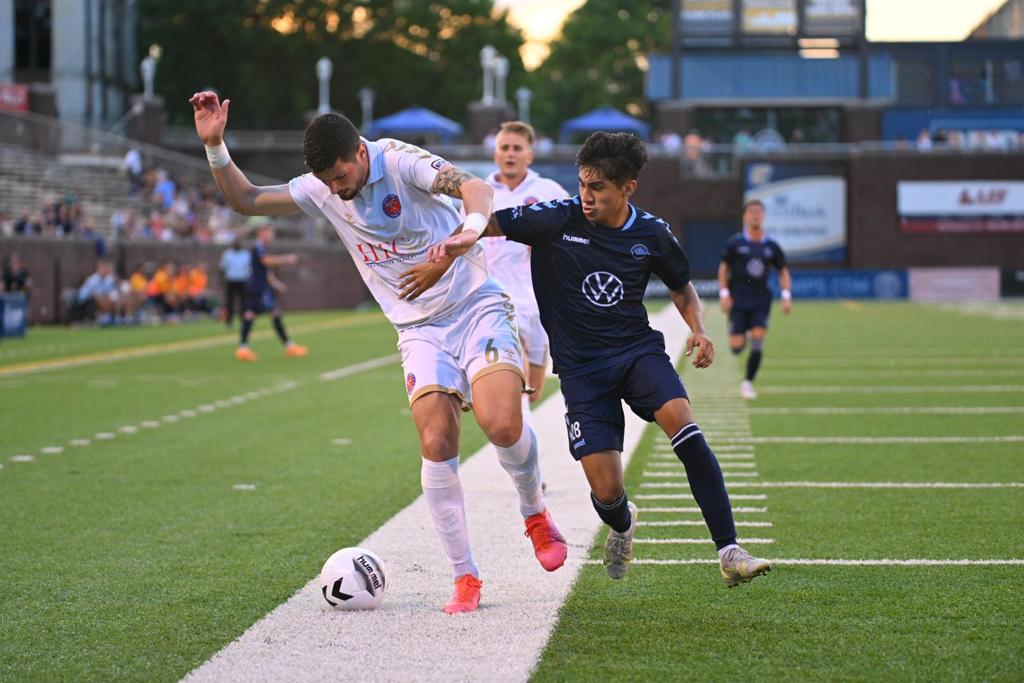 Chattanooga FC played out a 0-0 draw with the Michigan Stars on Saturday night. It was the perfect night for the beautiful game as 3,072 fans cheered on the boys in blue, but dominance didn’t convert to goals as the two sides shared the spoils.

Chattanooga entered the match in need of points after losing two games on the bounce. The visiting Michigan Stars also lost last time out and sat 7 points adrift of Chattanooga in the NISA East Division.

Chattanooga head coach Rod Underwood made three changes to the starting lineup following a disappointing performance in Syracuse. Nick Spielman started on the backline in place of the Colin Striplin who was ineligible due to a red card in the last match. Dalton’s own Damian Rodriguez got the start on the right wing. Kevin Gonzalez returned between the sticks to round out the eleven.

The first half was one of few chances. Michigan kept a tight defensive block that limited space in the middle, then relied on their attackers to win battles on long balls to create chances. Chattanooga remained dedicated to possession, often pinning back the Stars into their own half.

The best chances of the half both fell to Markus Naglestad early in the half. In the 5th minute, a clever touch from Naglestad allowed him to skip past his defender, but his shot didn’t quite make it past the keeper.

In the 14th minute, Ian Cerro drifted into the box with a mazy run, but had his subsequent shot blocked. Naglestad was first to react, hitting the rebound towards the goal, but the keeper was again able to get down and save the shot again.

After surviving early pressure, the Stars did their best to slow down the game, prevent momentum, and keep the ball out of their box.

As the second half rolled around, Chattanooga started to increase the pressure. Taylor Gray put in a solid shift on the left flank, twice drilling the ball just outside the post in the 63rd and 65th minutes. Shots from Damian Rodriguez and Markus Naglestad also tested the Michigan keeper, but the ball never nestled into the net.

On the other end, Michigan tried to make the most of the few chances they had, especially on set pieces. Kevin Gonzalez was quick off his line to make several crucial claims, and Travis Ward saved a goal with a headed clearance off the line in the 69th minute.

Ultimately, the Stars held out for the point they came to earn. With a point to each team, Chattanooga FC remains seven points clear of Michigan at the top of the NISA East table.

The fans were nearly unanimous in voting for Damian Rodriguez as man of the match. There was an extra buzz in the crowd every time he picked up the ball and dribbled at the defense. Richard Dixon also had a standout game marshalling the midfield, as well as the centerback pairing of Franky Martinez and Nick Spielman as the Stars struggled to create any chances from open play.

The boys in blue hit the road for their next match as they visit the Maryland Bobcats.