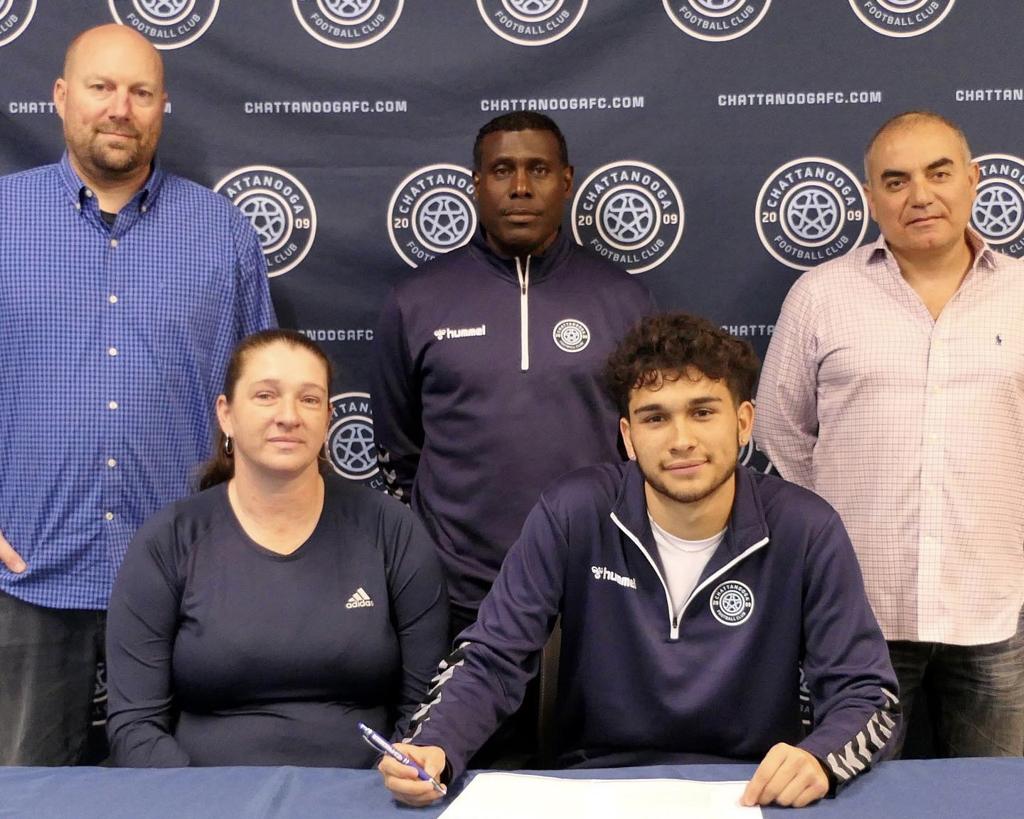 Chattanooga Football Club announced the signing of Bradley County's Hugo Martinez to an Academy contract with the first team on Friday.

Martinez will graduate from Walker Valley High School this spring and take a gap year before making a decision on his education and soccer path.

"It took me so long to get where I am now," said Martinez. "Like Coach Rod said 'be patient.' And it took a lot of patience to be here. And it's not going to come fast."

Martinez is one of several Academy players the club has signed recently.

"You put in quality coaching and organization and structure. It leads to opportunities to develop," said Underwood. "Ultimately players have to prove that they're good enough and put the work in. But the system is set to help young players move into the professional game."

"I mean what a great partnership with North Georgia Soccer and Chattanooga FC," said Daser. "You don't see that a lot. We're neighbors but we're kind of like a family together. We want to thank Chattanooga FC for having the vision and giving this great opportunity."

"It's amazing. This is all his dreams come true," said Joyce Shalchick, Hugo's mother. "He's played his whole life since he was three. This is finally like watching the picture play out. It's like watching a Cinderella story."