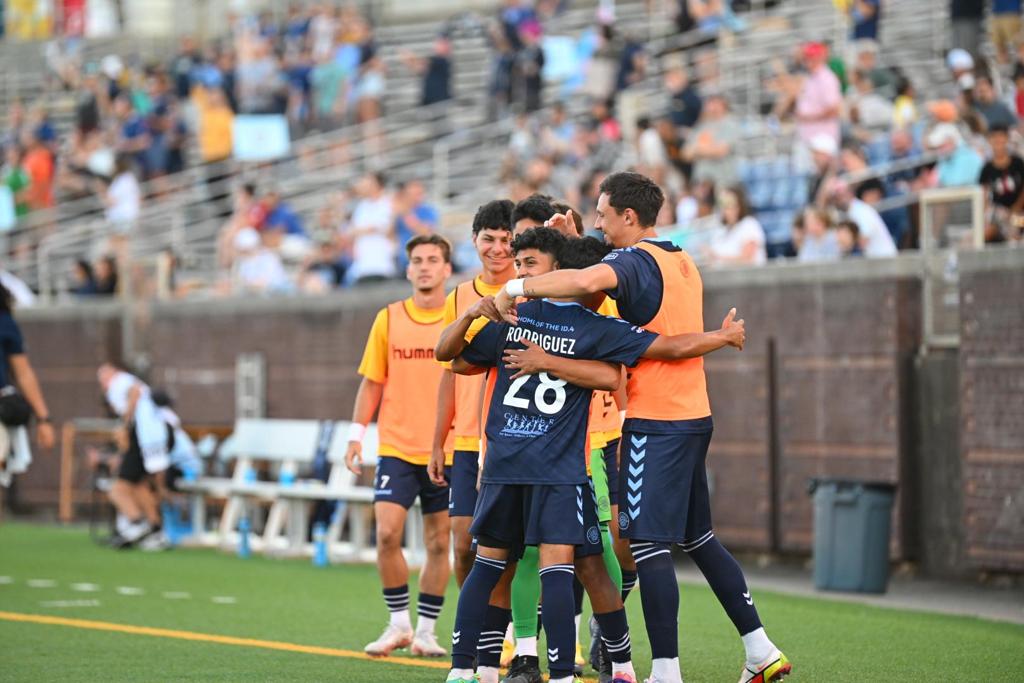 It was a night of mixed emotions for the club as Chattanooga FC played out a 3-2 loss to Metro Louisville FC in a friendly match on Wednesday night. Three players made their CFC debuts as first half goals from Damian Rodriguez and Roddy Green were cancelled out by three great strikes from the visitors in the second half.

With the friendly sandwiched by away trips, head coach Rod Underwood opted to mix up the starting eleven. Roddy Green led the front line with Damian Rodriguez and Brett Jones on the flanks. Luke Ferreira and Chris Bermudez played on either side of captain Juan Hernandez in the midfield. Greg Stratton and Travis Ward filled in at fullback, while Nick Spielman partnered with debutant Ethan Koren on the backline. Alec Redington started between the sticks to round out the starting eleven.

The tale of two halves began on a positive note for Chattanooga. After surviving early pressure from the visitors, the boys in blue began to push back the Louisville block. Alec Redington made a few vital stops as a few shots came towards him against the run of play, but it was the boys in blue who capitalized and struck first.

The breakthrough finally came in the 38th minute. Brett Jones curled a beautiful, teasing cross into the box, which whipped past Roddy Green into the step of Damian Rodriguez who managed to get a shot on goal and into the back of the net to make the score 1-0.

Man of the match Roddy Green hugged the backline to receive a through ball and slot home for goal number two in first half stoppage time. Louisville's goalkeeper would receive a yellow card for some words directed at the assistant referee. The boys in blue went into the locker room with a two-goal lead. Still upset over the goal, the Louisville goalkeeper continued to protest. He was shown a red card, but both sides returned to the pitch with eleven players.

Unfortunately, the second half saw the game turned on its head. The visiting Louisville side timed their press to perfection and won the ball high up the pitch to great effect.

Louisville got back into the game in the 60th minute as the boys in blue failed to clear their lines on defense and let the ball fall to a Metro player who volleyed in a great goal.

The visitors scored again in the 67th minute as a Metro player was given too much space and hit a clean strike into the net for number two.

Metro Louisville then put the game to bed in the 82nd minute as a Metro player got on the end of a goal line cutback to place the ball in a nearly open net.

While the result was less than ideal, Rod Underwood used the opportunity to give minutes to several players who have been working hard behind the scenes this season. Ethan Koren started the game to make his debut, while Giuseppe Gereau subbed in for his debut in the second half. Perhaps the best moment of the night was when Fabian Rodriguez subbed in for his older bother Damian to make his CFC debut.

Roddy Green was voted man of the match for his first half goal and work rate on the pitch. The boys in blue will know that they have to improve for the next game, as they head West for another matchup with the top two teams in the league as CFC visits California United Strikers on Sunday, September 4th.