Top two teams in the league draw 2-2 in California 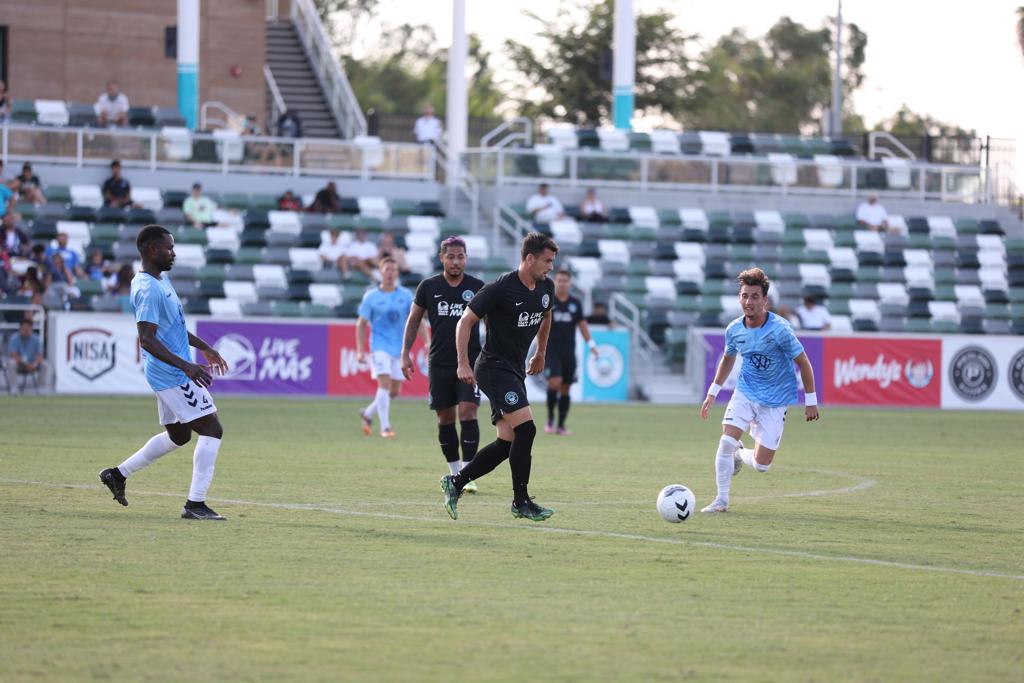 Chattanooga FC earned a point on the road in a thrilling 2-2 draw at California United Strikers. Ian Cerro and Markus Naglestad put the boys in blue ahead early, but the home team clawed back two goals as the top two teams in the league ended in parity.

With the new restructured league format, every point mattered for both teams in the push for playoffs. While both teams looked set to qualify, there were first round byes and hosting rights on the line.

Throughout the season, Chattanooga has been good for an early goal, and this game was no exception. The team played a high press, pressuring every touch, and found dividends in just the 6th minute. A hustling Damian Rodriguez blocked a pass out from the back to start the move. The ball fell to Naglestad, who squared the ball to Cerro. Cerro had time to drift inside, tee up, and find the far corner to put Chattanooga up 1-0.

The California defense continued in shambolic fashion, and the boys in blue struck again in the 12th minute. Rodriguez picked up the ball on the flank and dribbled through the defense, squaring the ball back to Naglestad who made no mistake finishing first time to put Chattanooga up 2-0.

After conceding two early goals, the league leaders picked up the pace and began testing the Chattanooga defense. For a while it looked like there was no way through, but in the 39th minute Omar Nuño found himself behind the Chattanooga defensive line and finished off his one-on-one chance against Gonzalez to pull the game back to 2-1.

California came out of the half with clear instructions: shoot the ball. After withstanding an initial onslaught, Chattanooga began to get a footing in the game again. However, California finally found another breakthrough in the 69th minute as Kadono got on the end of a speculative cross that stranded Gonzalez in goal and drew the home side level.

Both teams looked to find a winner, but ultimately the final whistle came too soon and brought a classic NISA match to its end. Like the Beach Boys, the home crowd wished they all could be California goals, but the early attack from Chattanooga earned an important point from the league leaders.

The fans voted Ian Cerro as man of the match after he opened the scoring and displayed his passing toolbox as he orchestrated the midfield. All of the lads put in a solid shift and have something to build off of in the push for playoffs.

The boys in blue are back in action this Wednesday, September 7th in another big match as they visit 3rd place Albion San Diego. They return home to Finley Stadium on September 10 to host LA Force.