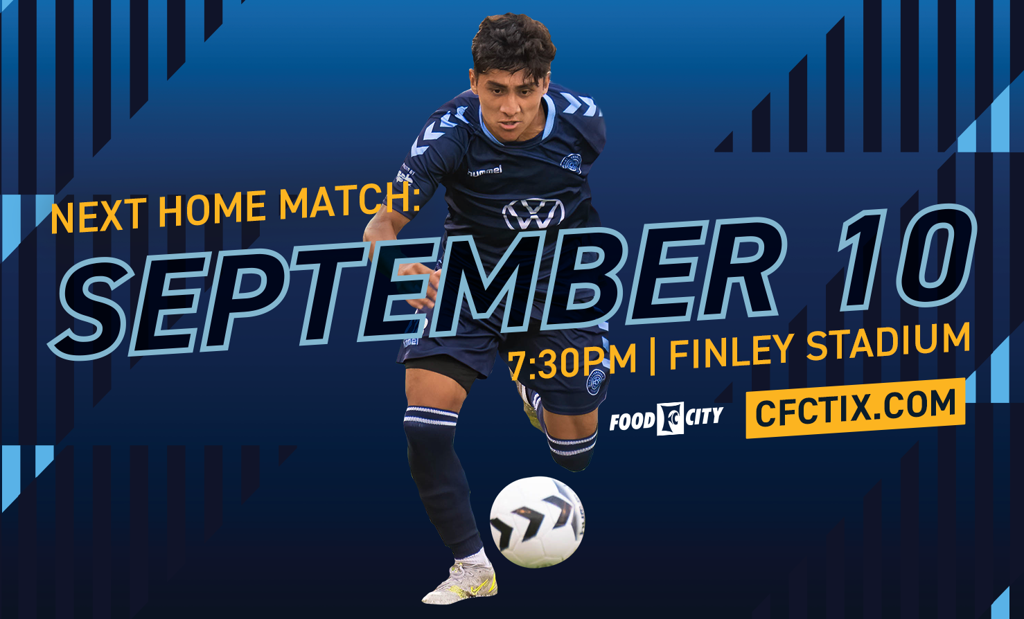 Chattanooga FC returns home after a productive west coast trip last week that saw them collect 4 points. It is a short turnaround for the boys, who arrived back in Chattanooga late on Thursday night from a cross-country flight.

The boys know ever point matters as they push to the playoffs.

"We have been just focusing on ourselves and how we can be 1% better every day," said CFC midfielder Ian Cerro. "At this stage of the season, we need to keep believing and reminding ourselves about our principles, identity, and culture. This will take us to where we want to be in the endand we feel excited about where we can go."

LA has plenty to fight for as it sits just one spot out of the playoffs and still has a chance to make it into the Top 6. Meanwhile, Chattanooga FC is looking for additional points to solidify its second-place ranking which would guarantee the bye.

Chattanooga Football Club defeated ALBION San Diego on Wednesday in a thrilling 2-1 match on the road. That followed a 2-2 draw at first-place Cal United on Sunday.

Saturday will be the second meeting between CFC and LA in the 2022 season. The last match ended 1-1 on the road. Markus Naglestad scored in the 2' and LA equalized the match in the 49'.

Cause of the Night
Chattanooga Football Club supports a local non-profit organization during each home game of the season. Saturday's match will benefit Lana's Love Foundation, named for Lana Beth Webster. She was diagnosed with Stage 4 Neuroblastoma at age 6 and fought cancer bravely for 5 years. Lana Beth lived her life to the fullest and this Foundation helps other families do the same -- by providing resources for them to find fun during their treatment.