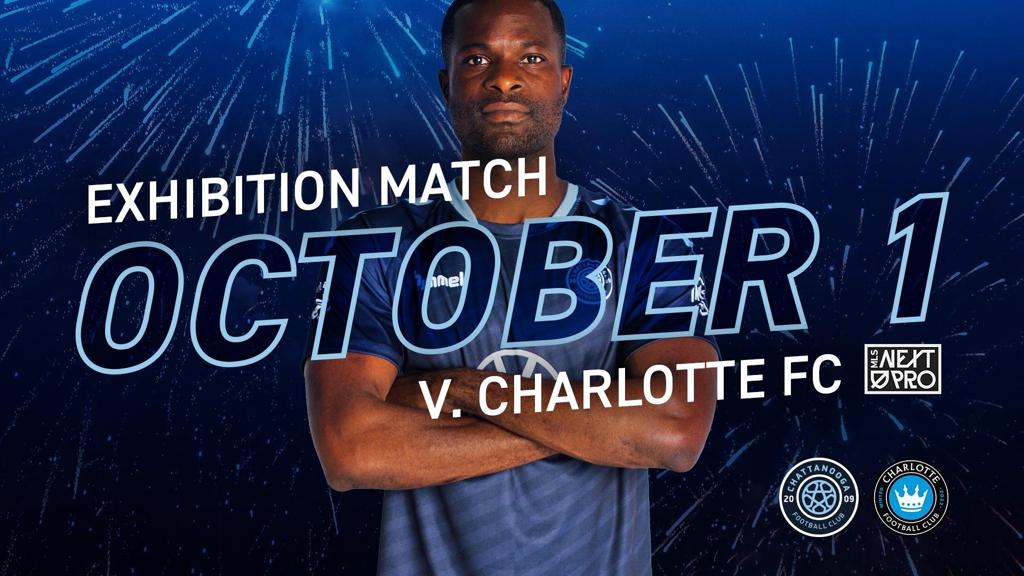 (Chattanooga, TN) September 12, 2022- One of the newest members of professional soccer will visit the Scenic City in October, as Charlotte FC’s MLS NEXT Pro club heads to Finley Stadium to play Chattanooga Football Club on Saturday, October 1st. The game will serve as Fan Appreciation Night for Chattanooga FC, with giveaways, fireworks, and much more.

“We are excited to have an opportunity to play another match in front of our fans and supporters here in 2022. Charlotte FC is building out their MLS NEXT Pro side for 2023 and we are thrilled to host this match. It fits in perfectly as we prepare for the end of the regular season and the upcoming NISA playoffs” said Jeremy Alumbaugh, CEO of Chattanooga Football Club.

Chattanooga Football Club clinched a berth in the league playoffs this weekend with a 3-2 win over Los Angeles Force.

“We are delighted to be going to Chattanooga and playing one of the top teams in NISA. This match will serve as a great test for our pilot team as we look to build our roster for our inaugural MLS NEXT Pro campaign in 2023” said Charlotte FC MLS NEXT Pro President, Darrius Barnes.

The game kicks off Saturday, October 1st, 7:30pm, Finley Stadium. The match is included at no additional cost to annual pass holders. Single game tickets are on sale now at CFCTIX.com. Fans can save 10% or more by purchasing early.