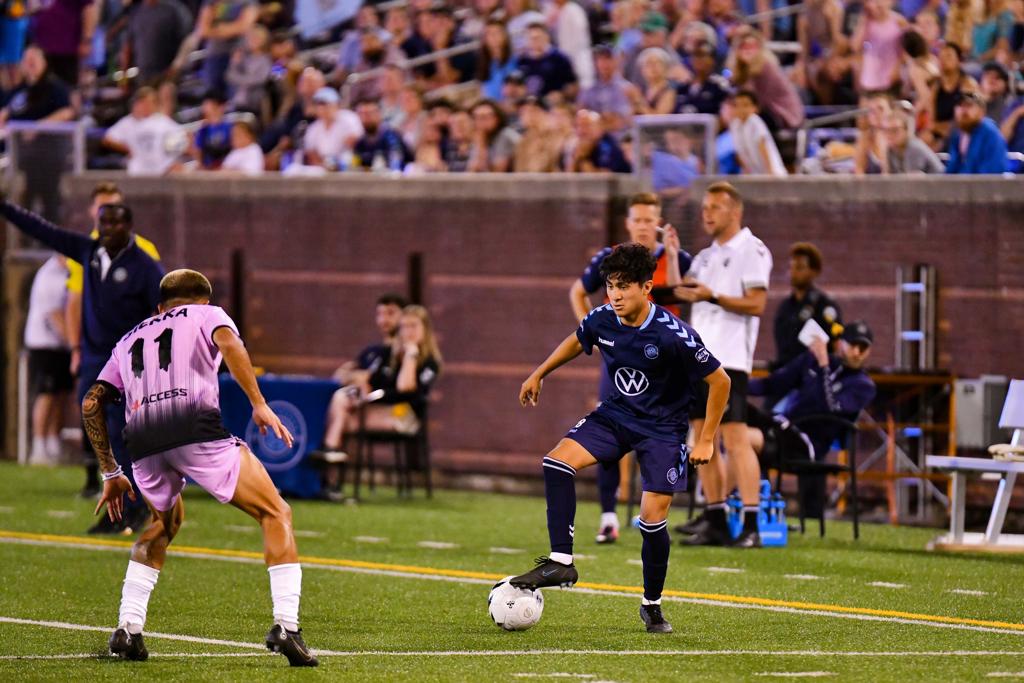 Chattanooga Football Club is returning from a weekend trip to Michigan where it drew 0-0 for the third straight time with Michigan Stars on Sunday night.

The Rochester, NY based club is coming off of 3 weeks rest from game action. Even though Flower City is out of playoff contention, the expansion club will certainly want a strong finish to its first season. CFC has played FCU twice in Rochester and won both contests by scores of 5-0 and 5-1. However, the only other meeting at Finley resulted in a rare 0-1 home loss for CFC back on April 30.

Chattanooga FC has already clinched its playoff berth. A win on Saturday will go a long way in securing a quarterfinal bye and could give Chattanooga a chance to host a league semifinal at home on Sunday, October 30.

Previous Meetings
Saturday will be the third meeting between CFC and Flower City Union in the 2022 season. After losing the FCU on April 30 in Chattanooga, CFC went to Rochester on May 21 and won 5-1, led by 4 goals from Markus Naglestad and one from Ian Cerro. CFC would score 5 more goals in the July 16th meeting and this time it secured the shutout in a 5-0 road victory. Naglestad had two goals. Alex Jaimes, Taylor Gray, and Roddy Green had the others. Goalkeeper Alec Redington earned the shutout.

League Leaders
Chattanooga FC leads the league in goals scored (38) as well as a goal difference (+20). It also has the current Golden Boot leader with Markus Naglestad. Finley Stadium leads the league with average attendance in 2022 and is fourth in the country for overall attendance in Division 3 professional soccer (which includes NISA, USL1, and MLS NEXT Pro). CFC trails only Madison, Omaha, and Richmond in attendance.

Juan Hernandez Bobblehead Night
The first 1,000 fans through the gates on Saturday receive a limited edition bobblehead of CFC legend Juan Hernandez. Must be present to receive the bobblehead. The bobblehead is per person, not per ticket. These bobbleheads will not be for sale.

Cause of the Night
Chattanooga Football Club supports a local non-profit organization during each home game of the season. Saturday's match will benefit La Paz, which is the leading organization promoting inclusion of the Hispanic and Latino community in Southeast Tennessee. 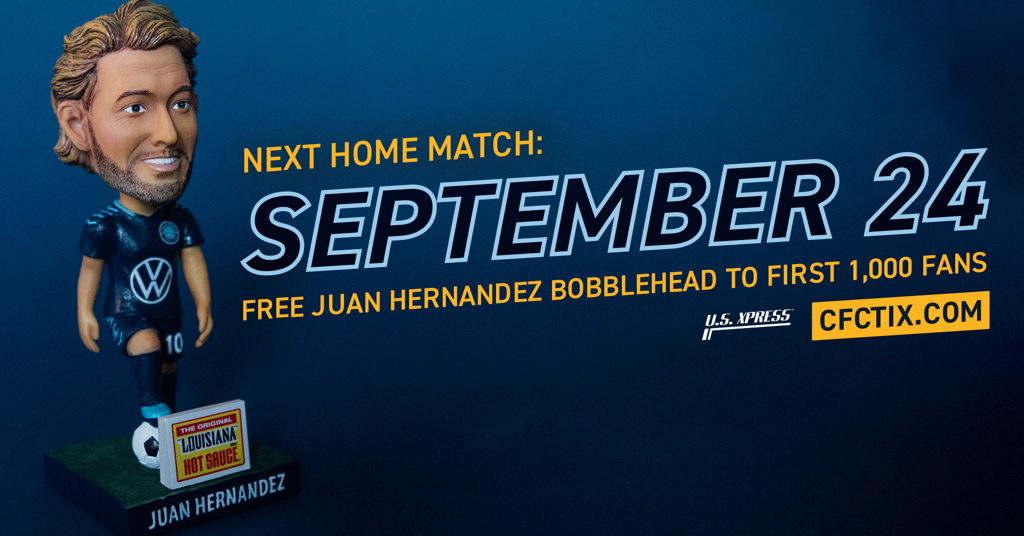 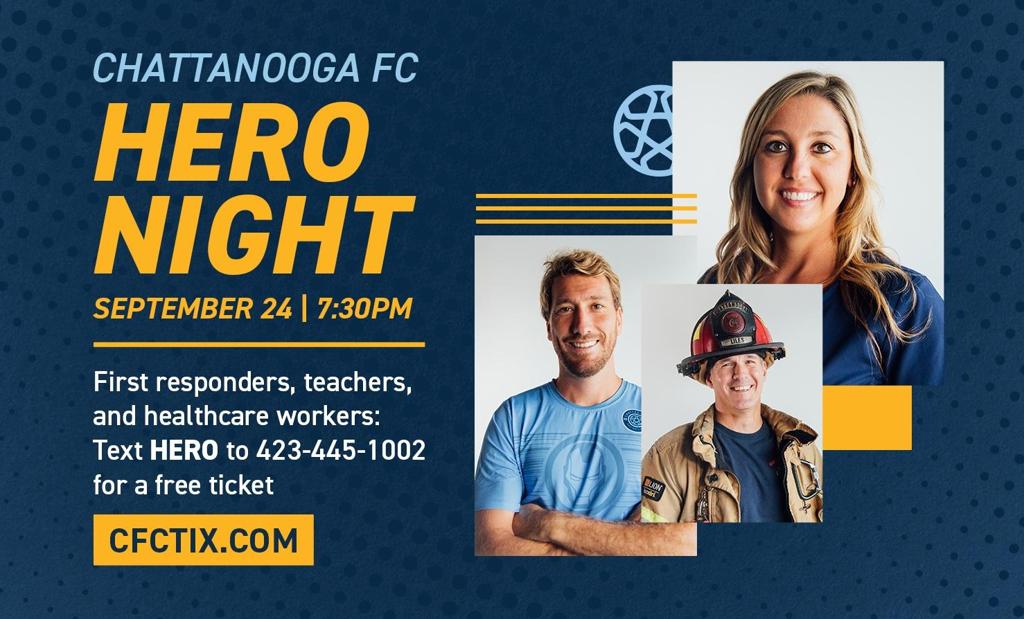