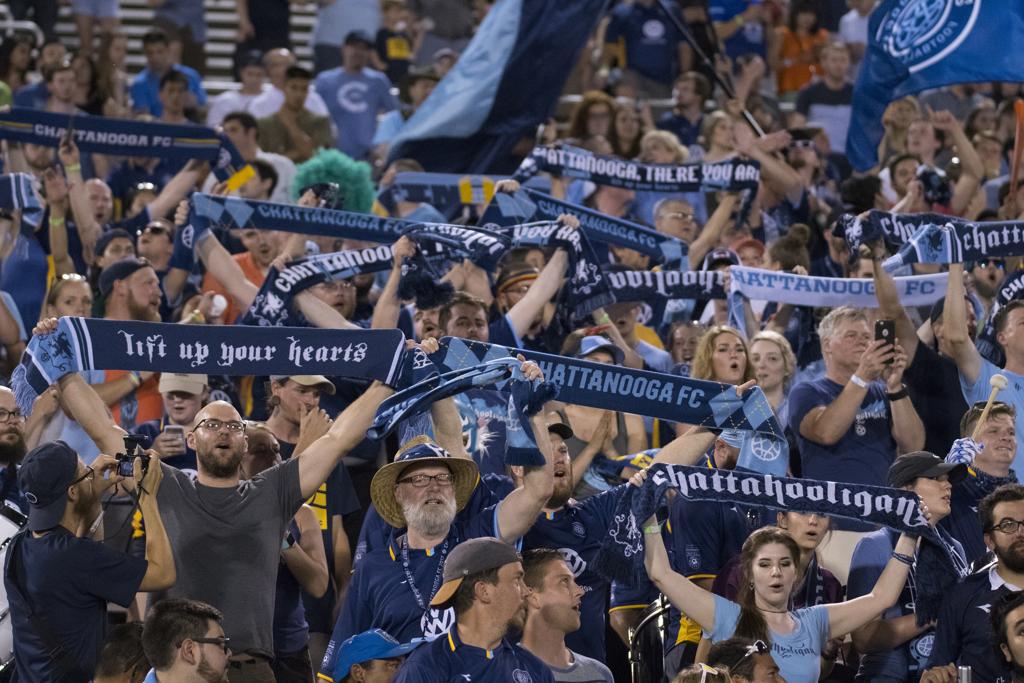 Chattanooga FC will host a national semifinal at Finley Stadium for the first time since turning pro this weekend.

They will face a familiar foe as Michigan Stars from Detroit returns to Finley Stadium. Chattanooga and Michigan have faced each other four times this season with the first three meetings resulted in 0 goals and three ties. That all changed on the final regular season match on October 15 when CFC won 3-2 on the road.

Michigan Stars had to win a quarterfinal game against Syracuse Pulse on October 22 to earn the right to play Chattanooga on October 30.

The winner on Sunday will face the winner from the West Coast matchup between ALBION San Diego and Cal United Strikers out our Irvine, California. The higher seed will host the final.

Chattanooga Football Club and Michigan Stars are both on a 7-game unbeaten streak in league play. Since Sunday is a playoff game, there can be no tie. If the teams are tied at the end of regulation, the game goes to two 15-minute periods of overtime followed by a penalty kick shootout.

The Matchup:
Chattanooga FC is averaging 1.833 goals per game (44 total goals) against league competition while Michigan Stars (27 total goals) has averaged 0.85 goals. When it comes to bookings, Michigan Stars has accumulated 48 yellow cards compared to 38 yellow for CFC. Both teams have two red cards each. The shots on goal advantage goes to CFC, which has taken 123 shots to 106 for Michigan. That makes the shots to goal ratio 35.7% for CFC compared to 26.6% for Michigan. When it comes to defense, Michigan Stars is second in the league giving up just 0.65 goals per game while CFC averages 0.88 goals per game.

Tickets:
Ticket prices start at just $7 for youth and $14 for adults. Multiple ticket options, including premium and all-inclusive seating. Go here to read all about ticket options.

Costumes & Candy
With the big game occurring the day before Halloween kids and adults are welcome to dress up for the game. Whether you come as your favorite Smurf, Blue Man Group, blue Superman, blue Captain American, or any other blue character all ideas are welcome. Of course, trick-or-treat candy will be available throughout the stadium.

CFC Playoff History
This is the club's first time hosting a pro soccer national semifinal. It competed in the National Independent Soccer Association (NISA) semifinal in Fall 2021 but that was not in a year-long format and the game was on the road. Prior to turning pro in 2019, CFC last played in the National Semifinals for amateur league NPSL in 2016. CFC advanced all the way to the NPSL National Final in 2014 and 2015 but fell short in both tries. Chattanooga FC won the the 2015 Hank Steinbrecher Cup, which is awarded to the U.S. Soccer National Amateur Champion.

League Leaders
Chattanooga FC leads the league in goals scored (42) as well as a goal difference (+23). It also has the current Golden Boot leader with Markus Naglestad (19). Finley Stadium leads the league with average attendance in 2022 and is fourth in the country for overall attendance in Division 3 professional soccer (which includes NISA, USL1, and MLS NEXT Pro). CFC trails only Madison, Omaha, and Richmond in attendance. 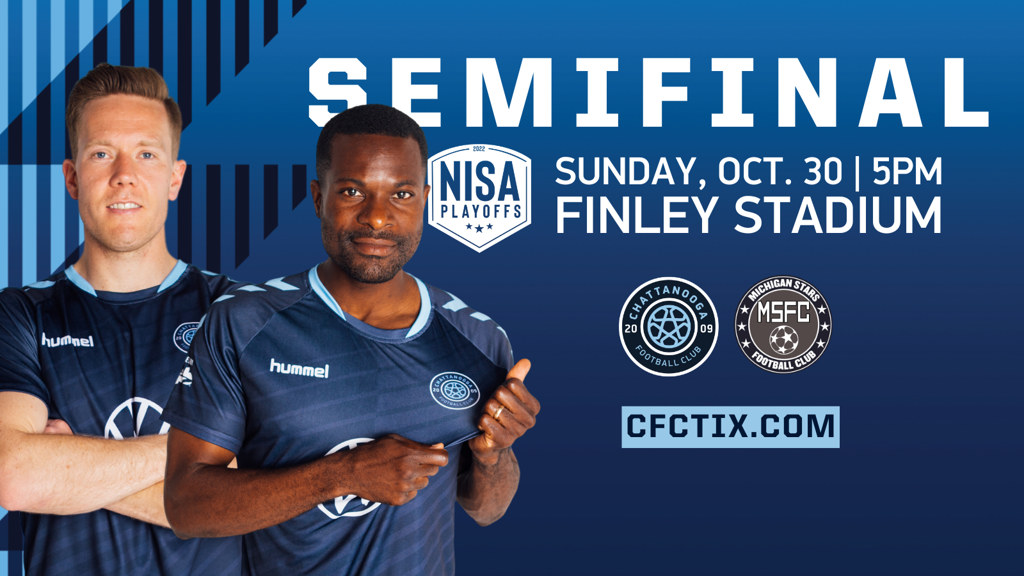 Chattanooga FC to host MLS side Atlanta United in January