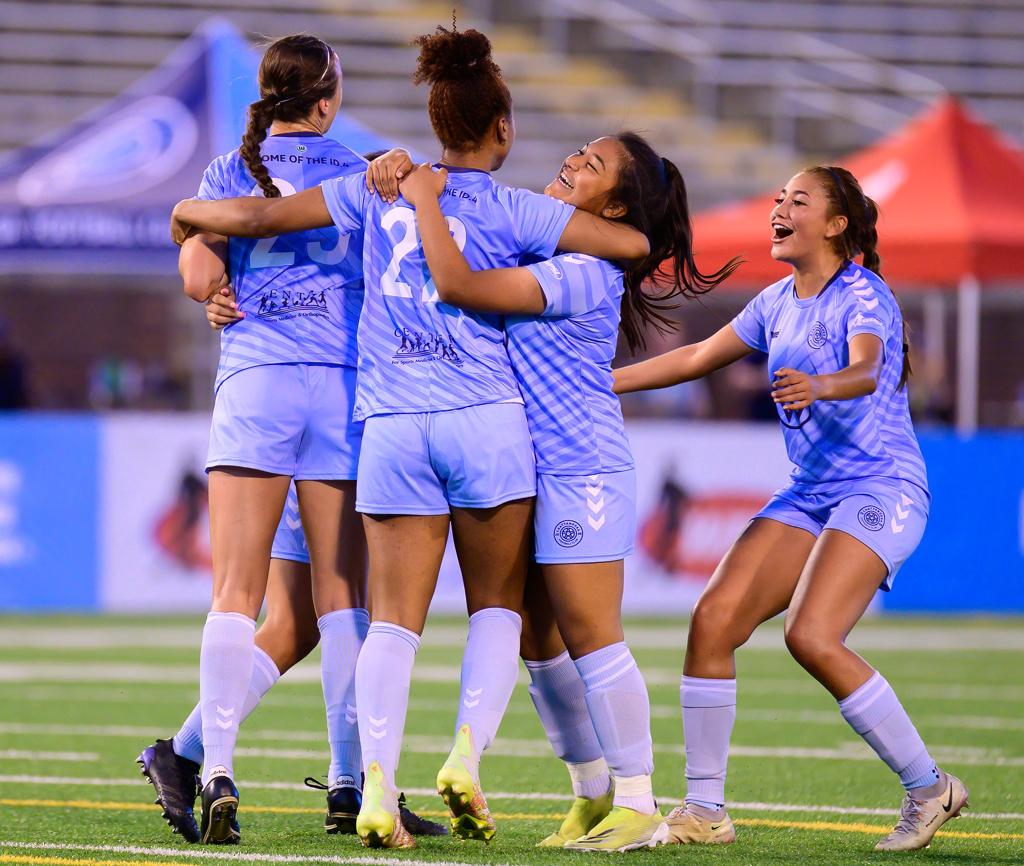 The return of the CFC Women’s team came with loads of excitement along with a measured dose of realism. The plan for year one of the relaunch was to establish the culture and set the stage for the future.

Point University Women’s Coach Randy Douglas was named CFC Women head coach on April 15. He’s a familiar and respected name in the Scenic City soccer scene, having spent several years as a coach and player here. Coach Douglas would not have much time to build his roster as the season opener was just five weeks away.

Chattanooga FC traveled to face Nashville Rhythm on May 22 at Father Ryan High School. A large contingency of CFC supporters traveled for the game. They may or may not have outnumbered the home crowd in size, but they certainly outmatched them in noise and enthusiasm. Nashville scored two goals early but Chattanooga FC get one back in the 14’ as hometown product Brianna Smotherman, from Heritage High School and Dalton State, made it 2-1. The seasoned Nashville side would pull away though for a final score of 5-1.

The first CFC Women’s home game would occur on June 4 as part of a doubleheader with the CFC Men. The rematch with Huntsville’s NASC would come in front of a huge home crowd. Isabel Aguilar, standout from Montreat College, scored an absolute banger after a set piece deflected into the field of play. Former Puerto Rican Youth National Team player Nathaly Villalobos would receive a red card in the 40’ and CFC had to play with 10 for the rest of the match. It would not matter as Damarias Gaines, from NAIA powerhouse Georgia Gwinnett College, gave CFC the 2-0 advantage. A late goal by NASC would prevent the shutout but not the victory. The first CFC Women home game since 2018 would not be one to forget.

Riding the momentum of the home win and a few extra weeks to gel as a team, CFC hosted Alabama FC at Finley Stadium on June 11. CFC had plenty of chances to avenge an earlier season 0-3 loss but lost a heartbreaker 1-2 in front of the home crowd. The performance left no doubt the women were improving.

With temperates in 90s, the home kickoff for the June 15 match against Tennessee Force from Knoxville was pushed back to 8:00 p.m. The heat and the strong play from a talented Tennessee Force side would prove too much as CFC fell 0-3 at home.

Things did not get any easier as CFC hosted eventual league semifinalists Nashville Rhythm on June 24, who cruised to a 6-0 victory.

Chattanooga FC traveled to Knoxville for a rematch with Tennessee Force on June 26 and looked to be poised for the equalizer until Tennessee Force earned the last-minute win 1-0.

A 2-2 draw at North Alabama Soccer Alliance (NASC) on July 2 in Huntsville would guarantee CFC a spot in the WPSL Southeast playoffs.

That game would come on July 8 when CFC traveled back to Knoxville to play Tennessee Force in a game that had multiple weather delays. While that would extend the CFC season, it would not be the preferred way. CFC would drop 1-3 in the first round. But they accomplished much more. This 2022 squad will forever be remembered as the group that returned women’s soccer back to Chattanooga.

Growth of CFC Front Office enhances every area of the club