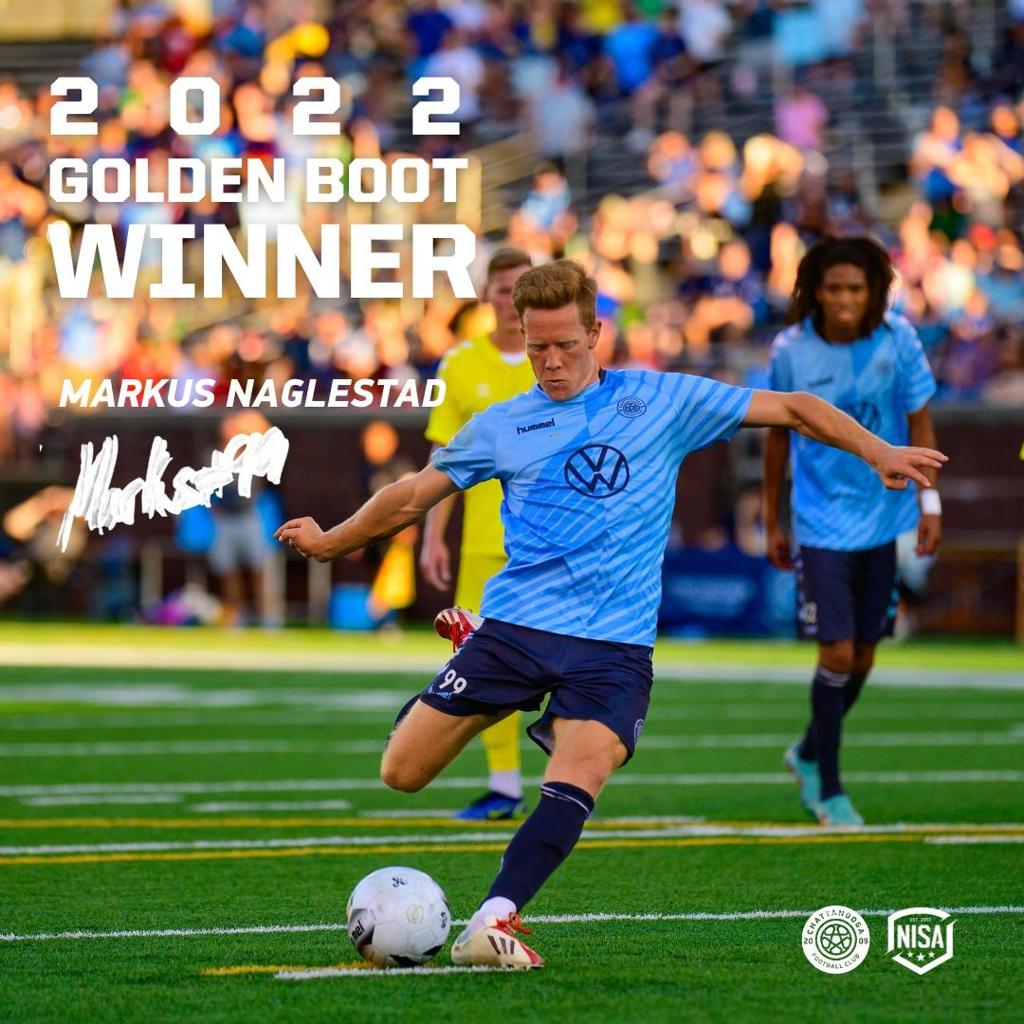 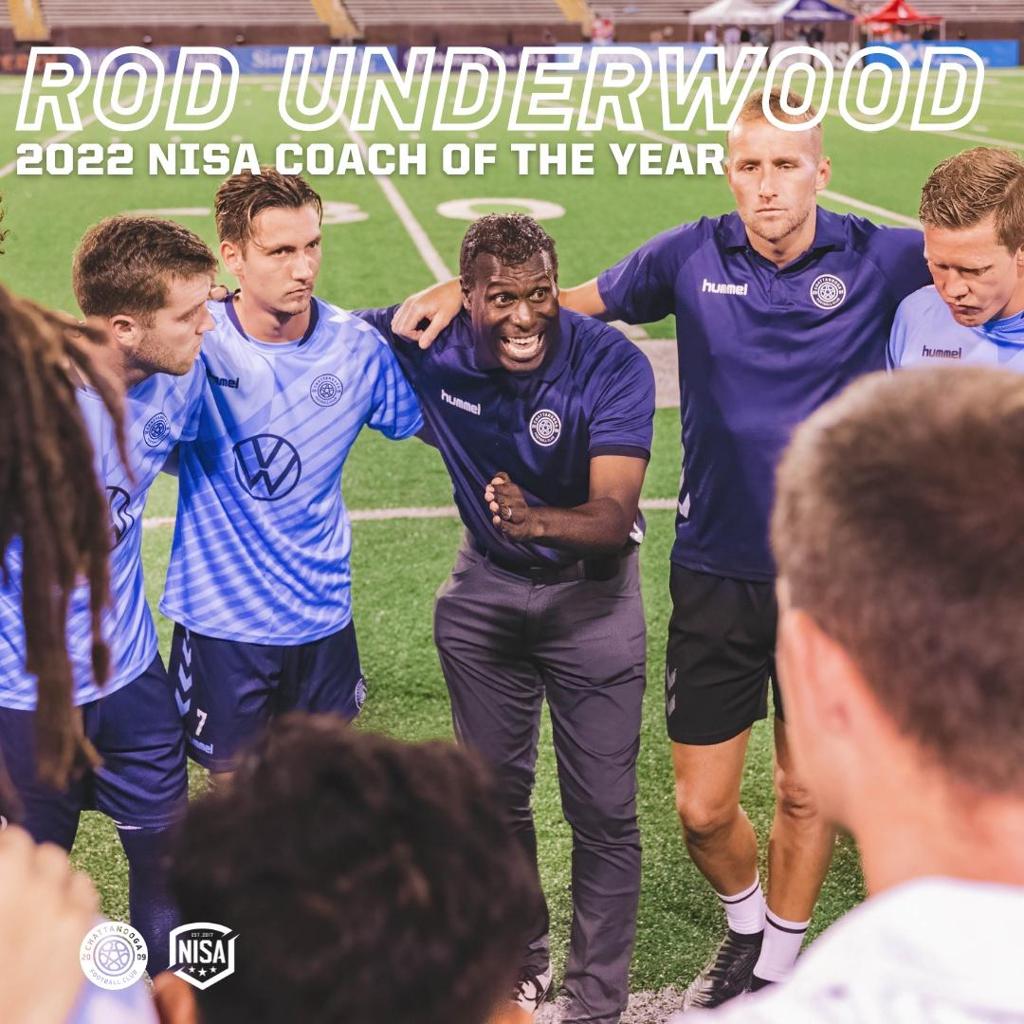 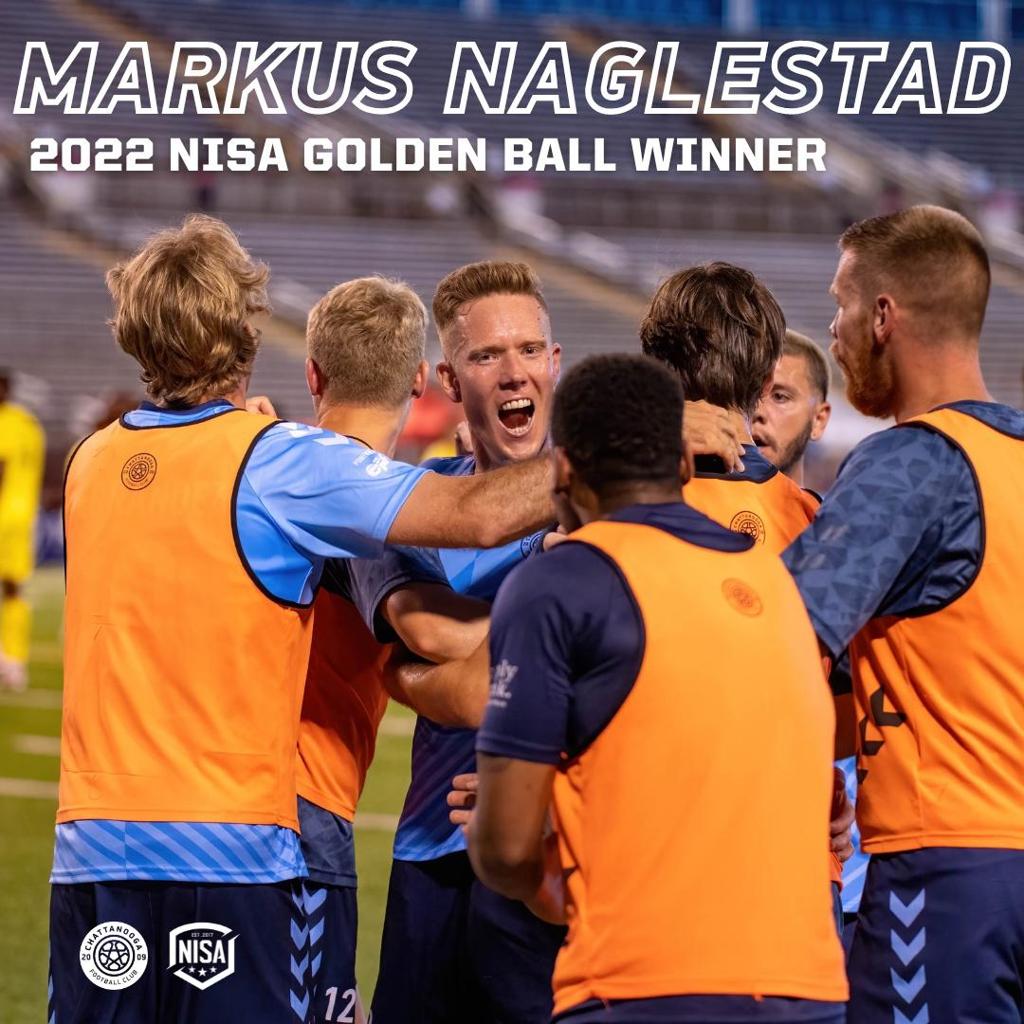 "This was an exciting season that produced many electric performances," says NISA Commissioner John Prutch. "It's the players and coaches at the heart of the league and its growth."

Naglestad played in 23 league games this season and scored 19 goals, the most a single season for any player in CFC history. Perhaps equally impressive is that Naglestad scored at least one goal against every team in NISA. He added a 20th goal against an amateur side in the NISA Independent Cup.

“Winning the Golden Boot is every striker’s dream so achieving it means a lot,” said Naglestad.

Naglestad was a late signing and it took a couple games to work his way into the starting lineup. His first start came on May 7 on the road against Maryland Bobcats. He scored in the 38th minute and then scored in the next five consecutive games. He would finish the regular season just as strong with goals in five out of six games played in September.

When you score 20 goals it can be hard to pick a favorite but three games stand out. “It’s not necessarily the prettiest goals that are my favorites,” said Naglestad. “My first goal in my first start against Maryland meant a lot to me personally.”

“Sealing the hat-trick against Flower City was a wonderful moment as well. It was my first hat-trick for CFC which was something I had been waiting for.”

Naglestad would actually add a fourth goal in the Flower City match to record the first haul in CFC history on May 21.

When Chattanooga FC traveled to California for the #1 vs #2 matchup with Cal United, more than a dozen Chattahooligan traveled to cheer the boys in the blue.

"Scoring against Cal United and then celebrating it with our fans that had travelled across the country to support us was special,” said Naglestad. “It was a huge game for us and Cal United is always a tough opponent. Scoring goals against quality opposition means something extra.”

After not starting in March or April, he had six goals in May, three each in June and July, one in August, five in September, and his final league goal in October came on the road against Michigan Stars.

Coach Rod Underwood led CFC to a season record of 14-7-3 in his first year at the club. Under his direction, the club led the league in goals scored (44), led the league in pass completion (85 percent) and average possession (59 percent), tied for most wins (14), tied for fewest losses (3), and secured the no. 2 seed in the playoffs, earning a Quarterfinal bye and Chattanooga or Hamilton County’s first pro soccer Semifinal berth at home.

"The award shows the support of my family work of the coaching staff, the players  the club and the fans' support," said Underwood.

"Everyone has a part of the award. As a coach I never work to get recognized. But to be recognized and have your work appreciated drives me to be even better because of all the quality  coaching in the league."

"We know as a team and club people are always watching and we have a relentless pursuit of excellence and this adds to that pursuit."

The Golden Boot is a statistical award for most games in a season. The Golden Ball MVP Award and Coach of the Year Awards are voted on by coaching staffs around the league.