Growth of CFC Front Office enhances every area of the club 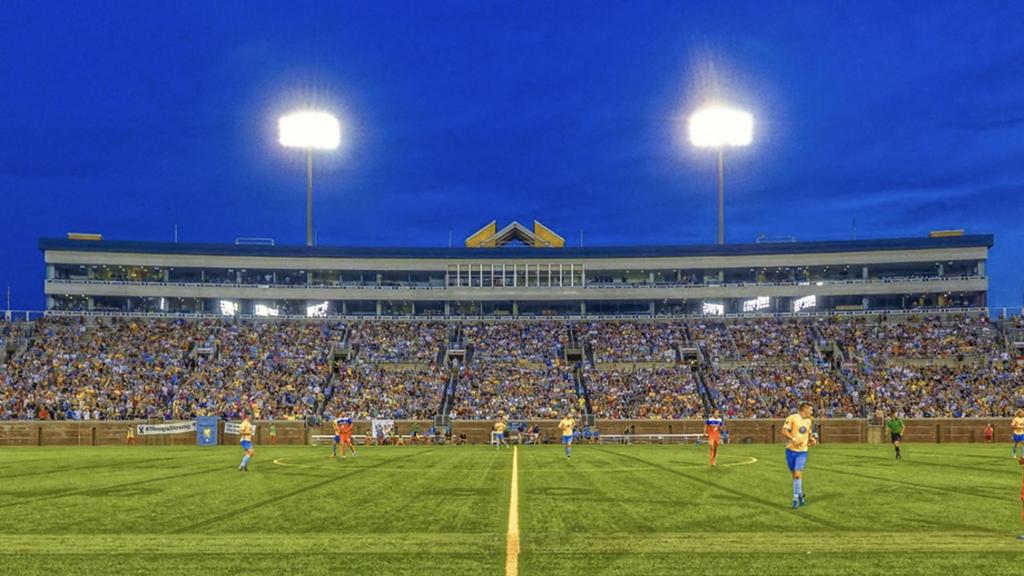 Chattanooga’s football club will celebrate its 15th season in 2023 and it will do so with more horsepower than ever before. Chattanooga Football Club, founded as an amateur club in 2009, still holds multiple attendance records and shelves full of trophies. While the DNA of the club remains the same, a revamped front office is unmatched at this level of professional soccer in America.

The phrase “turning pro” carries a lot of weight here on the Scenic City’s southside. After playing as an amateur team for 11 seasons, Chattanooga Football Club made the leap to a professional outfit on the pitch in 2019. At the same time, the club was making key moves behind the scenes to upskill itself in the front office as well.

These key moves have paid dividends in ways that supporters and players can see, and set up the club for years of success in the future. 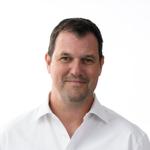 CFC co-founder and current Chairman of the Board Paul Rustand has seen everything from the beginning.

“We started with 8 founders, all with distinct areas of expertise and four additional people who helped get us off the ground,” said Rustand.

Initially, volunteers managed the club almost exclusively. People with a little experience, a lot of heart, and a love for what the club was looking to do. One of the first steps in taking the front office to a more professional level came with the 2018 hire of the late Olivier LeMaitre as Chief Financial Officer. LeMaitre brought a level of executive experience the club had previously not seen. 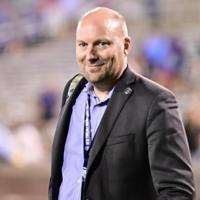 Club's First CEO
Next came Jeremy Alumbaugh, who took the reins as Managing Director and eventually as CEO. Alumbaugh’s hire sent a strong message that a new level of professionalism was here. Before moving to CFC, Alumbaugh served six years as Vice President and General Manager of St. Louis FC in the second tier of American soccer, in the USL Championship. He was well-known and well-respected in the industry.

“The (CFC) front office was small but mighty. It was evident that there was a great amount of passion for CFC and everything that the club does to help make an impact in the city,” said Alumbuagh. “Lots of pride about the 'story' of the club, how it was built and where they wanted it to go.”

“Things definitely became much more professional as a front office in 2018,” added Rustand.

“Olivier stepped in to help stabilize things on the financial front, but most everything else was still volunteer-based. When Jeremy came in, he knew his focus and attracted very good people. It’s been impressive how he’s able to do so much on a third tier soccer pyramid budget. He looked at things for a few months, and then slowly and methodically built the group from the ground up.”

As the front office structure continued to gel, people arrived in key roles with a history of experience in their chosen field, which added professionalism along the way. 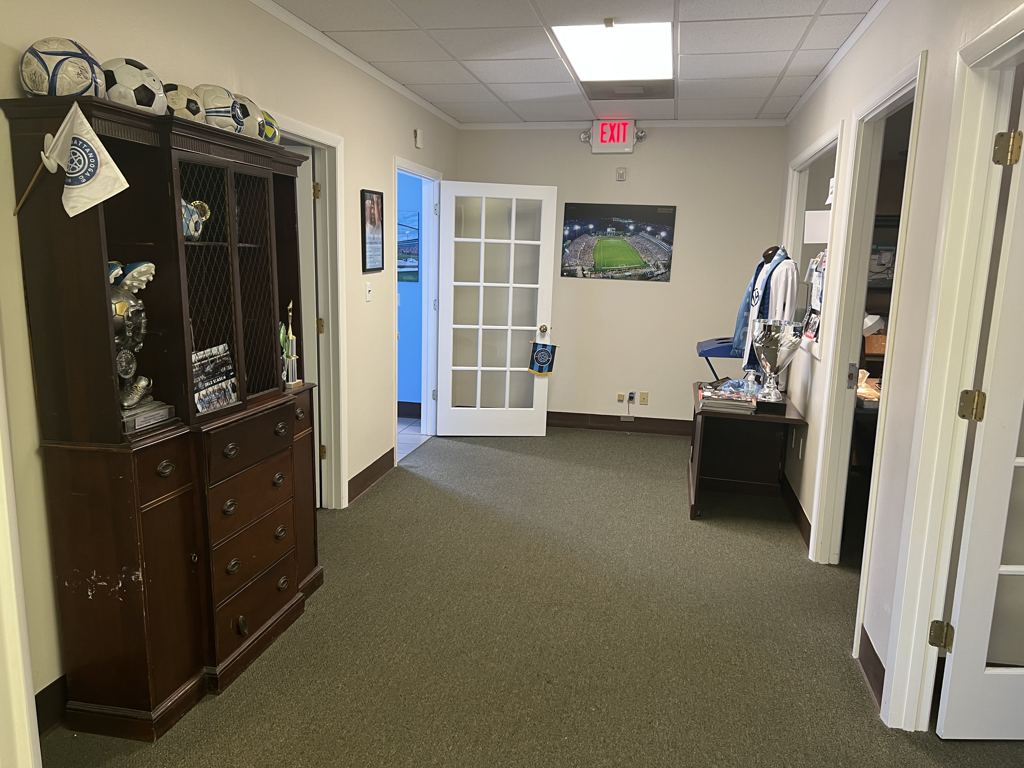 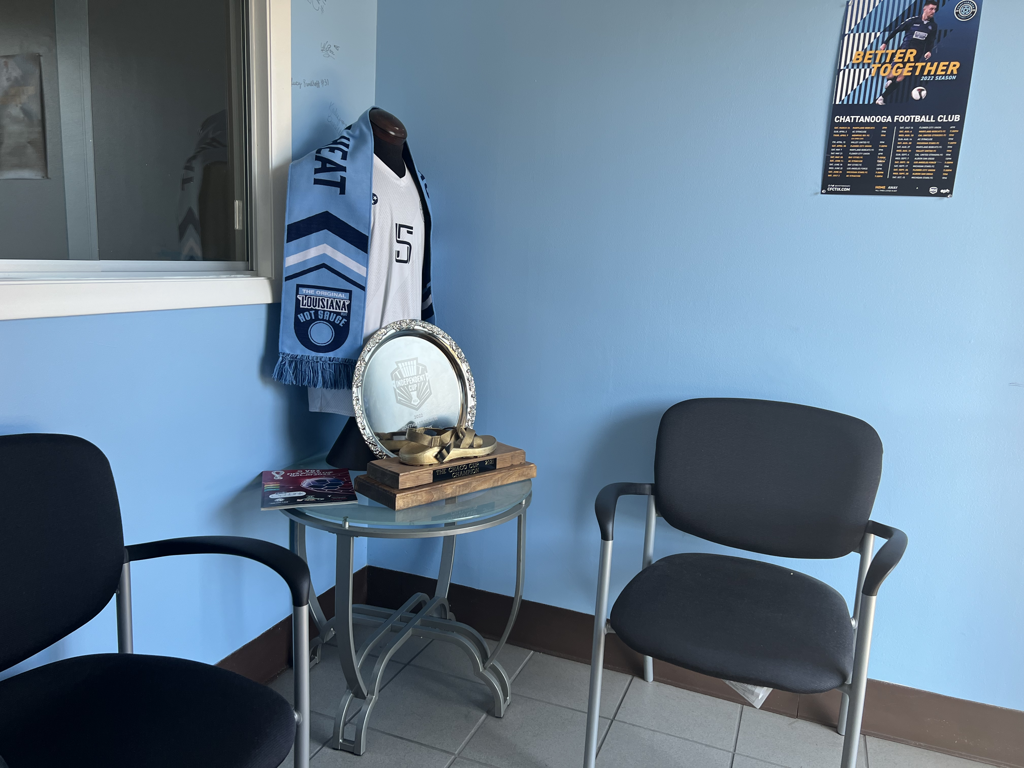 Waiting area at the front entrance 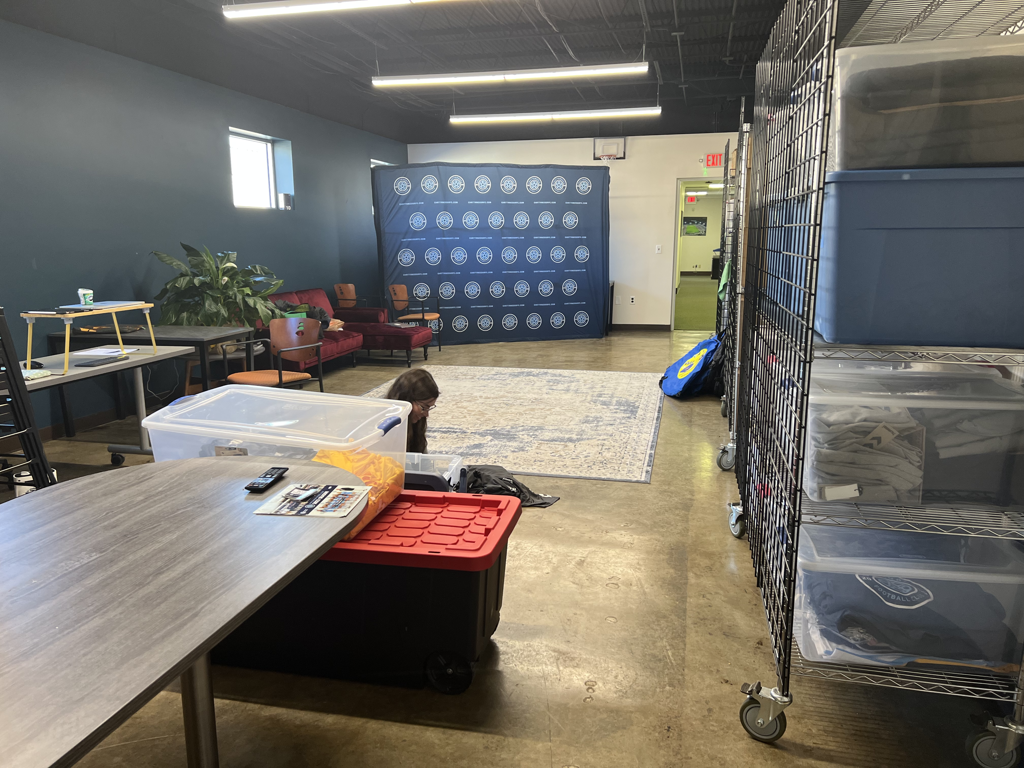 The CFC story is one the most well-known stories in American soccer this decade. But there was still much more to be told. Alumbaugh did not have to look far to find that storyteller. He hired veteran Chattanooga news director Derrall Stalvey to serve as Director of Communication and Content. Stalvey is an award-winning journalist and Emmy-nominee with deep roots in the club.

“This is a club I have supported since its beginning,” said Stalvey. “Once I understood Jeremy’s vision for turning into a true professional organization it was a no-brainer. I love his growth mindset. We do not measure ourselves against the third tier of soccer. Everything we do is designed to hold up against larger leagues or clubs. That doesn’t mean we always hit the mark. Our staff is a fraction of theirs. But our players, coaches, and supporters deserve first tier coverage.”

“Bringing in Derrall has been a huge asset,” said Rustand. “Really getting him here to help our storytelling. His level of talent is far beyond what you would think a club our size would have.”

Like many other parts of the club, CFC used to rely on volunteers and hobbyists to capture video and photographs. It has now expanded the staff of content providers to include paid professionals. That means players can be showcased in a first-class way that is simply not present at this level. The fan base can now stay connected year-round. 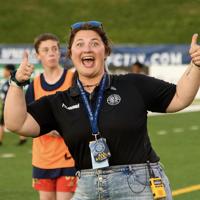 When professional athletes and high-level amateurs sign with CFC, they instantly recognize the professionalism. For some it is their first time in this environment. For others, it is a step up even if they are coming from a higher league.

“Everyone who has moved into the front office has moved into very specific roles, and they are well suited for the job, said Alex Patsell, Club Operations Manager.

A native of Richmond, Virginia she earned her B.S. in Sports Management from the University of Tennessee. Patsell is also one of Alumbaugh’s hires now with oversight of the gameday experience at Finley Stadium as well as club operations off the field. She oversees dozens of paid gameday staff members.

“That focus has transformed us now into a business that is excelling in its field… both men’s and women’s teams lead their leagues in attendance,” Patsell added.

“The reality is there is a lot that goes into a professional club, both on and off the field. It truly is a 365-day business, so we needed people that were motivated, driven and had a growth mindset.” 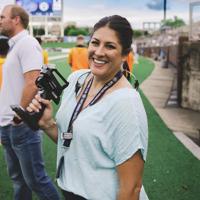 Partnerships have always been a key piece to the success of CFC. Madyson Foster Smith was a well-connected leader in Chattanooga’s non-profit and corporate partnership scene. When CFC had the chance to add her as a full-time Director of Corporate Partnerships, Alumbaugh did not hesitate.

“After spending time here, and especially once we brought VW back, I got this feeling where I knew this was where I was supposed to be,” said Smith. “I knew that being here and working in sports was what I wanted to do the rest of my life.”

With the pieces in place of a fully professional front office, both supporters and players are seeing the benefits.

“We’ve purposefully brought in key partnerships that give our players an advantage, whether that be where they train, how they fuel their bodies, and how they recover. Our partnerships give them a first class experience from the moment they arrive in town,” added Smith. 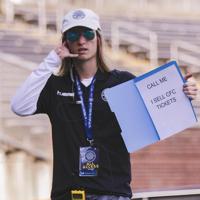 The strength of Chattanooga Football Club has always been its supporters and their experience has improved as well.

Sam Click is a former CFC intern, and now graduate of Marshall University, who serves the front office as a full-time Account Executive.

Click and the entire ticketing team make sure annual pass holders, groups, and everyone who takes part in the CFC experience receives top-shelf attention.

“The amount of service that our fans and supporters receive has definitely stepped up in recent years,” said Alumbaugh.

“Everything from the minute they purchase a ticket or annual pass all the way to when they exit the stadium. We are giving them more information on the week of a game, a better in-game production, and a higher quality set of offerings in the CFC Store. We have proven we can be a community club, provide a professional experience and not lose that unique CFC feeling that comes from being a family.” 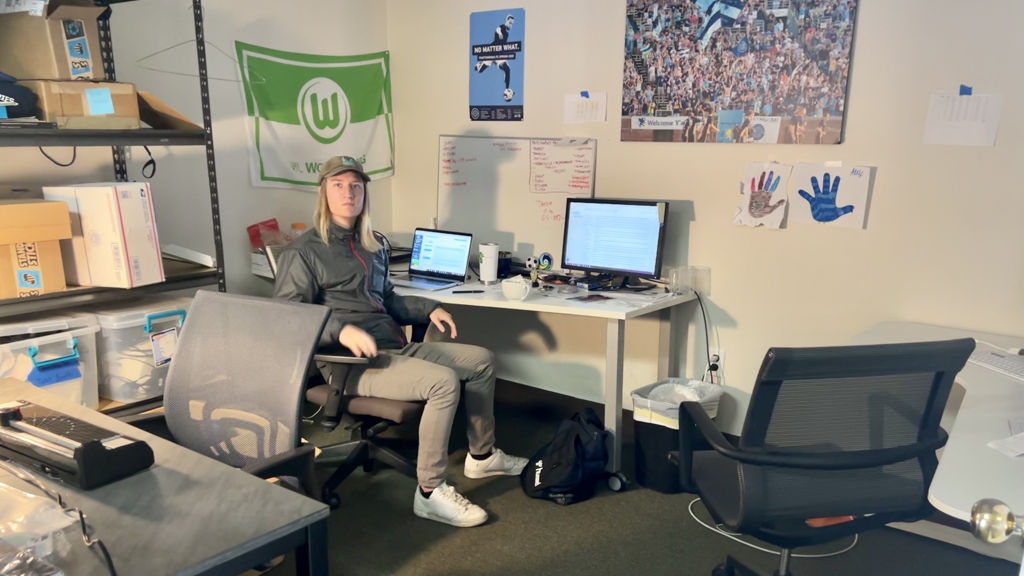 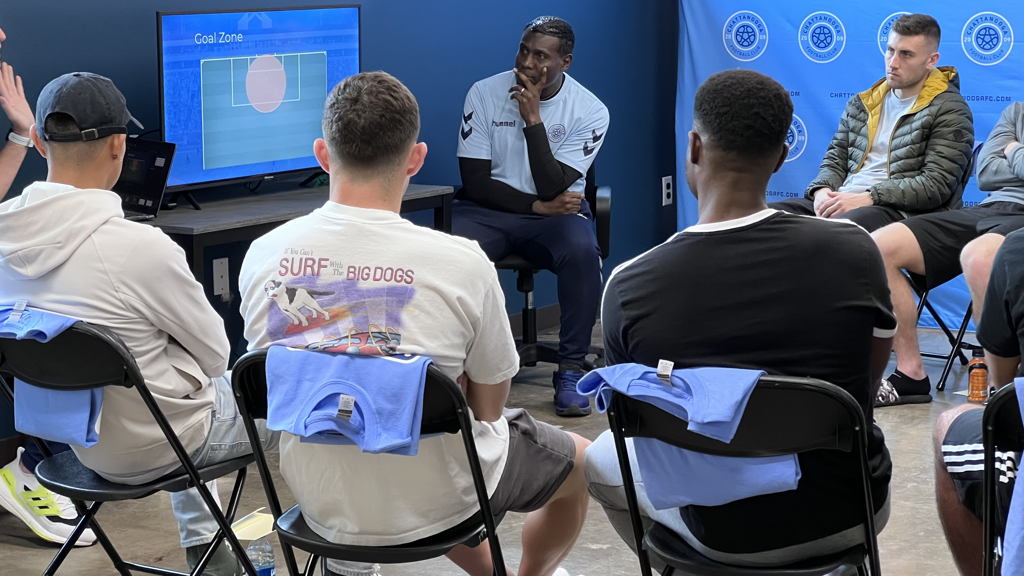 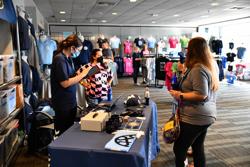 Just like other parts of the club, the merchandise department performs in a way that resembles much larger clubs in higher leagues. One-of-a-kind gear has been a hallmark since the earliest days. The selection and the creativity have grown steadily over the years under the watching eye of David Smotherman, Director of Merchandise.

“Six years ago, our merch booth was just two tables and a half dozen different jerseys and shirts,” said Smotherman. “No matter how big and how far this club goes, we will always remember our roots.”

Fans now have three locations and hundreds of items, including custom jerseys, from which to choose. The CFC Store is available inside Winder Binder bookstore on Frazier Avenue. In addition, a complete selection of CFC items is available inside Finley Stadium on matchday. Of course, the online store is always popular at ChattanoogaFC.com/shop. 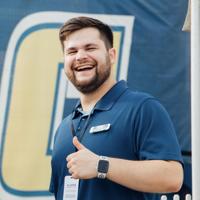 Chattanooga Football Club began with a mission statement in 2009 that rings true today: to use soccer as a tool to build strong relationships – across age, race, creed and socio-economic status – for the greater good of our city.

It is a mission statement that any member of the front office can recite on cue. It is literally the opening line of every single staff meeting.

Jack Bradshaw operates the community relations outreach for a club he’s been part of for a while.

“I began working for CFC in 2015, and while a lot has changed since then, one thing that remains the same is that this is a community club,” said Bradshaw.

Every CFC home game features a Cause of the Night, where a local non-profit is recognized and a portion of ticket sales go right back into their efforts.

“This program began as a way to highlight local non-profit organizations during halftime of our games,” said Bradshaw.  “I earned the opportunity to take this program and run full force with it. And man, and I glad I did! I discovered something that I am truly passionate about and met many amazing people along the way.”

“Not only is our front office fully committed to what we’re doing, but because all of our technical staff are full-time employees, they are able to dedicate their time to producing a winning team on the pitch,” said Alumbaugh. “That’s something that you definitely see in the upper echelon of soccer, but rarely at this level.”

The CFC Women’s team is currently an amateur side that competes in the WPSL during the summer. Head Coach Randy Douglas is involved throughout the year while serving as a college coach back home.

“While building out the front office to continue to grow the club forward a major part of that has been the decision that when we brought the Women's Team back that everything would be aligned together.  By having the Women's team we have been able to give additional responsibilities to staff and let them grow and experience other parts of the club and that has been great to see the growth.”

While Chattanooga Football Club is one of the most established lower level clubs in American soccer, it really is just getting started. It had a slogan for the 10 year anniversary that stated, “For the last 10 years. For the  next 90.” It was a reminder that the club is built to last.

For a club that did so much with an almost-all volunteer staff, the next 85 or 90 years are in good hands.

“We always wanted to act like a professional club, even as an amateur team,” said Rustand. “Now our professionalism is showing in every way, from our operational side, interactions with fans, and there’s a true connection between CFC, the community, our foundation and partners.”

Editor's Note: A countless number of volunteers, independent contractors, former employees, and current staff members are an integral part of the CFC story and success. This profile only outlines the key departments and their current front office leads. Chattanooga Football Club is forever indebted to those who do so much behind the scenes.