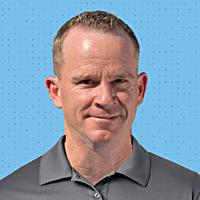 In his collegiate coaching career at the University of West Florida, Elliott is a seven-time GSC Coach of the Year and a three-time South Region Coach of the Year. In the summer of 2010, he was also named to the GSC Men’s Soccer All-Time Team. In 2016, the University of West Florida Mens's team reached the NCAA Final Four under his leadership. Over the past 13 seasons, the UWF Men's team has reached 10 conference finals in total.

Elliott holds an M.S. in Recreation and Sports Management from The University of Tennessee, as well as an NSCAA Advanced National Diploma and a USSF A License. He is married to Chrissy, who gave him two beautiful children.